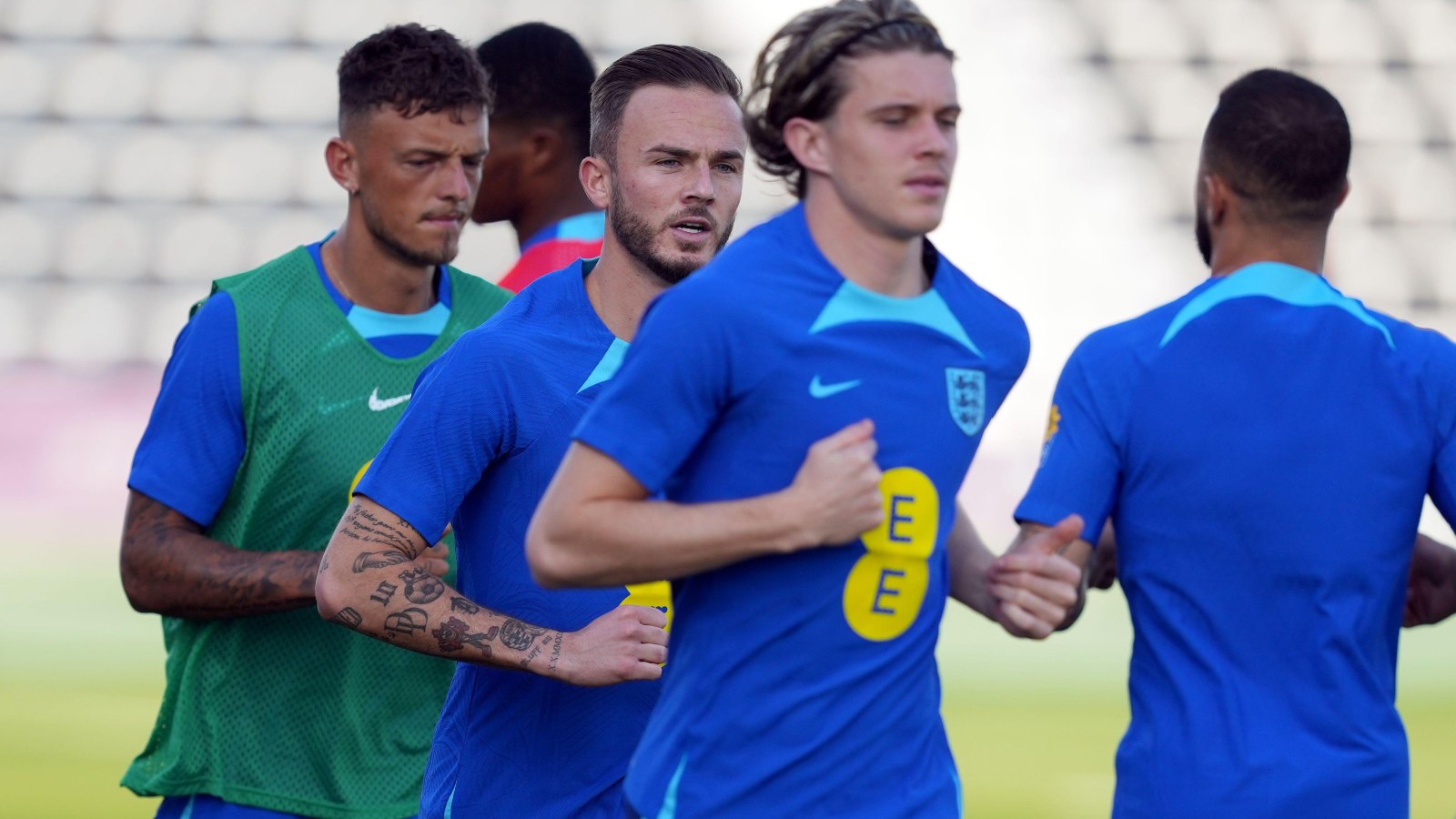 The 26-year-old was unavailable for the 6-2 win against Iran and 0-0 draw with the United States due to the issue that led to his first-half substitution in Leicester’s final match before the World Cup.

Maddison downplayed concerns over the injury and spoke about a positive scan upon England’s arrival in Qatar, but the midfielder has been conspicuous by his absence from training.

The midfielder returned to the group on Saturday as he joined the 13 non-starters from Friday night’s draw with the USA in training at their Al Wakrah Sports Complex base.

Jordan Henderson, who came off the bench in the second half against the USA, was the only non-starter that worked away from the group as he did an individualised programme indoors alongside those that started.

Meanwhile, Gareth Southgate is wary of wounded Wales but remains upbeat about England’s World Cup chances despite labouring to a goalless draw against the United States.

After enjoying a dream start to their quest for glory in Qatar, the swagger and style displayed in Monday’s thrashing of Iran was missing in their second Group B clash.

England knew they would qualify for the last 16 with a game to spare if they beat the USA, yet they floundered under the Friday night lights and were perhaps lucky to escape with a 0-0 draw.

Southgate’s men remain on course to progress to the knockout phase and know qualification is assured so long as they avoid a four-goal defeat to neighbours Wales on Tuesday night.

Robert Page appeared to write off Welsh hopes after their draw with the US was compounded by a Friday’s late 2-0 heartbreak against Iran, but the England boss expects a reaction from them.

“Our first objective is to qualify from the group,” Southgate said after the Al Bayt Stadium stalemate. “We’ve still a little bit to do in terms of doing that.

“But we’re also still in pole position to win the group if we can win the game next week, and that’s got to be our aim.

“That’s of course going to be a very, very tough game again. You know, Wales are going to be hurt by what’s happened today and we’re going to have to be at our very best.

READ MORE: Clive Tyldesley writes for F365 on a Disney World Cup that leaves him anaesthetised not hypnotised