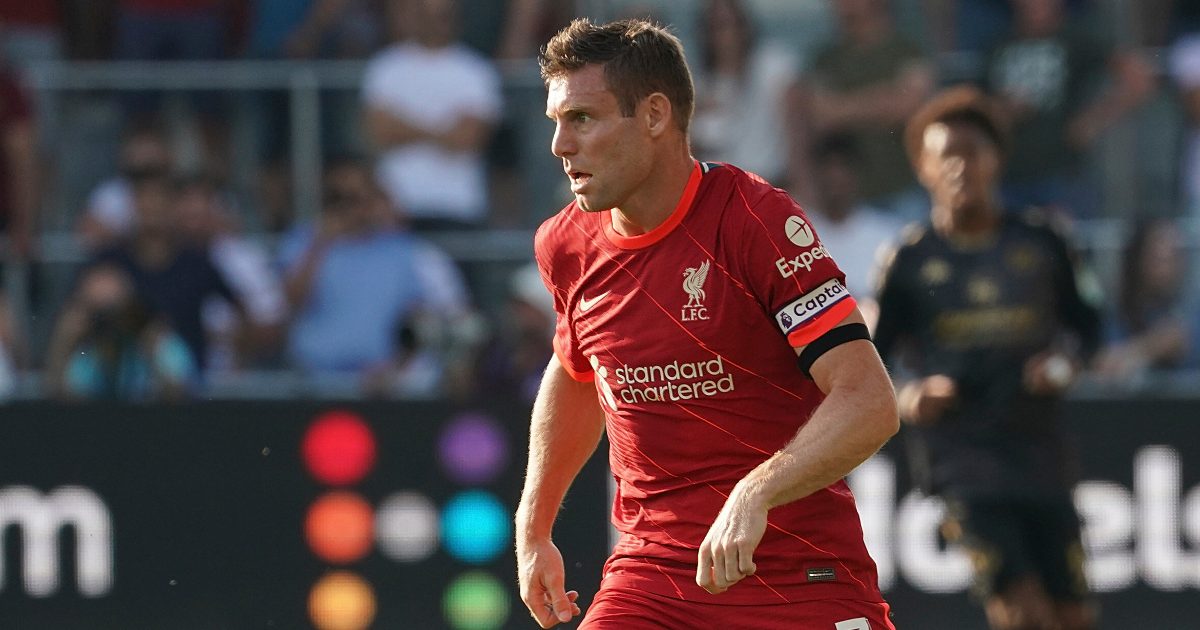 Liverpool midfielder James Milner has backed Harvey Elliot to make a “big impact” this season as he “can recognise how good he is”.

Elliot came through the ranks at Fulham and he made his senior debut for them when he was just 15.

The winger played twice for them in the Premier League in 2018/19 before Liverpool signed him that summer.

The 18-year-old featured eight times for Liverpool during the 2019/20 campaign across all competitions.

This was before he joined Blackburn Rovers on loan at the start of last season. He was one of the standout players in the Championship in 2020/21.

Elliot grabbed seven goals and eleven assists from his 41 outings for Blackburn in the second tier.

The youngster was expected to spend another year away on loan this season. But Jurgen Klopp has suggested that Elliot will have a role to play for Liverpool this term.

Milner was asked about his teammate during a recent interview, which has been cited by The Express. He believes that Elliot has a “great mindset” and that he does not need much guidance:

“He is a top player. From the first time I trained with him, you could recognise how good he is. Comfortable on the ball, good vision and a dribbler,” Milner said.

“It’s tough for him coming back, having been away last season, and getting back to how we play. It’s a different style to most of the other teams.

“He has had a good pre-season up to now, and the more minutes he gets in and around the boys in these games, the closer he will be.

“You try to give him some advice. He’s a confident lad and he has a great mindset. He doesn’t need too much guidance.

“But hopefully all the boys can help him on the way. I see him making a big impact this year. Any help we can give him can help him settle in and get up to speed, and maybe don’t make the little mistakes I made.