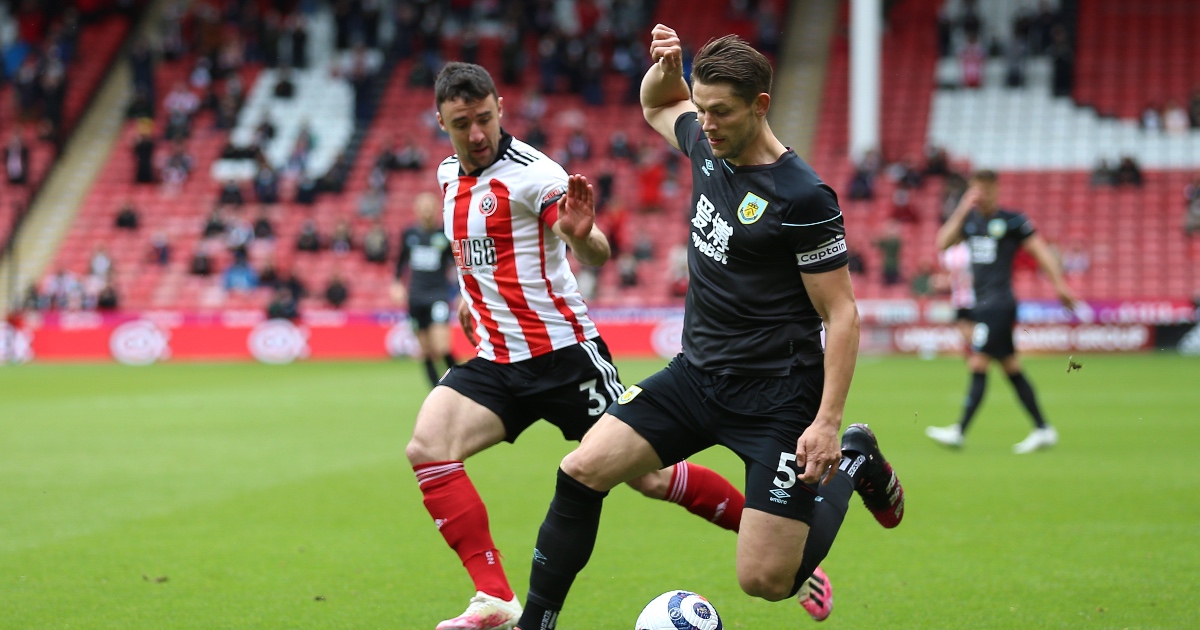 Burnley defender James Tarkowski is hoping to secure a move to West Ham this summer, according to reports.

The 28-year-old featured 36 times in the season just finished as Burnley avoided relegation yet again.

He’s formed a solid partnership with Ben Mee in recent years which has seen both players linked with major transfers.

Tarkowski was rumoured to be a target of Manchester United and Leicester City last year. But a move to the capital now looks likely, with West Ham favourites to land his signature.

According to Football Insider, Tarkowski is ‘eager to join’ David Moyes’ side following their top six finish.

He would ‘jump at the chance’ to sign for West Ham next season as he looks to make the next step in his career.

Leicester made a £30million bid for the England international last year but saw it rejected. West Ham will need to pay more than that amount to prize him away from Turf Moor.

Tarkowski heightened the transfer rumours in November by revealing his thoughts on Burnley’s latest contract offer.

The player said: “Burnley offered me a contract near the start of last season, which, for me personally, it was nowhere near what I was going to sign and I think the club understood. And they’ve come back again this year, and still, for me, it’s just not right.

“Finances do matter, but, at this particular stage, whatever path I take I will get financially rewarded so the financial side is not even in my thinking at the moment. It’s more about my football.”

The Clarets already seem to be preparing for the departure of Tarkowski. The report states that they are working on a deal for Nathan Collins of Stoke City.

A £12million offer is thought to be enough to sign the young centre-back, who made 27 appearances for Stoke in 2020/21.

West Ham have already brought in Craig Dawson from Watford on a permanent deal.

He joined the Hammers on loan in October and impressed Moyes with some dominant displays.

The experienced defender was also a threat from set pieces, scoring four times in the Premier League and FA Cup combined.