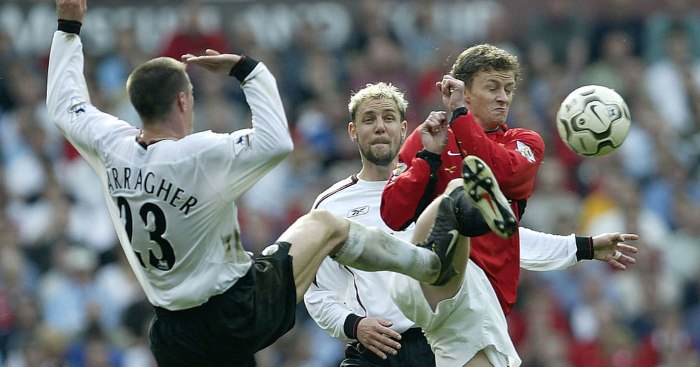 Many fans would love to see a Man Utd midfield with Bruno Fernandes and Pogba working in harmony but Solskjaer is still struggling to fit them in a team together.

Pogba had to settle for a place on the bench in their 0-0 draw against Chelsea – alongside summer recruit Donny van de Beek – and Carragher has praised the Red Devils boss for acknowledging they “can’t play together”.

“I actually admire Solskjaer for putting Pogba on the bench,” Carragher said on Sky Sports..

“Fernandes and Pogba is not a midfield together and never will be. They can’t play together.

“Van de Beek, I don’t understand the signing. I really don’t get how he was ever going to play or where he was going to fit in.

“As soon as he signed, my thought was he plays number 10, Fernandes plays there. Pogba can play there.

“The big problem for me is Paul Pogba and has been for a long time. I agree with Gary [Neville] that Fernandes is the man in that number 10 position.

“I don’t know how long Ole can continue not to pick a £90million signing [Pogba]. It’s not easy for a manager.

“So at some stage, he will get back into the team – but him and Fernandes, for me, will never work.”