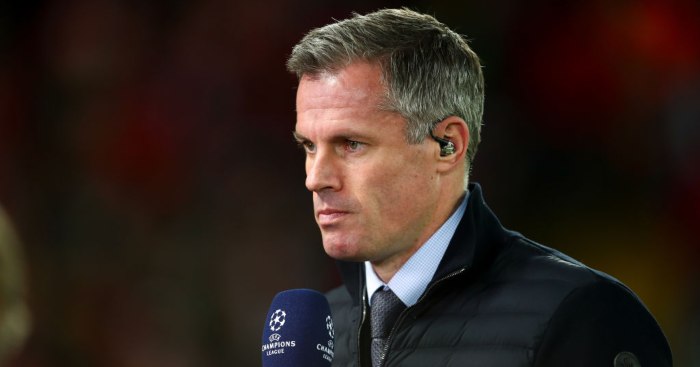 Lovren has only made 14 appearances in all competitions this season as he’s struggled to cement his place in the side with Liverpool romping to a first English title in 30 years.

The Croatia international came under fire following Liverpool’s heavy 3-0 defeat to Watford at the end of last month for his failure to defend against Hornets striker Troy Deeney.

“I’ve watched Lovren in a Liverpool shirt for so long making the same mistake,” Carragher told the Maych X Pajak Podcast. “He wants to fight everyone he plays against.

“Harry Kane started this season and stands on Lovren, just uses his body and knocks him out the way. He’s 28, he should have learnt by now. There’s no problem letting Deeney bring the ball down.”

And Carragher’s thoughts are similar to those of Deeney’s, who said that Lovren was too busy fighting him instead of concentrating on the ball.

“[Virgil] van Dijk is a class act and, for me, is probably in the top five defenders in the world,” Deeney told Sky Sports after the fixture.

“‘It is tough to get anything from him; he is 6ft 6ins, fast and strong, so you try to pick on the weaker of the two.

“I don’t want to be disrespectful to Lovren and say he is the weaker of the two but I knew he wanted to fight me as well, and that is my game, so if you want to try and fight me you are going to have to be in for a tough night.