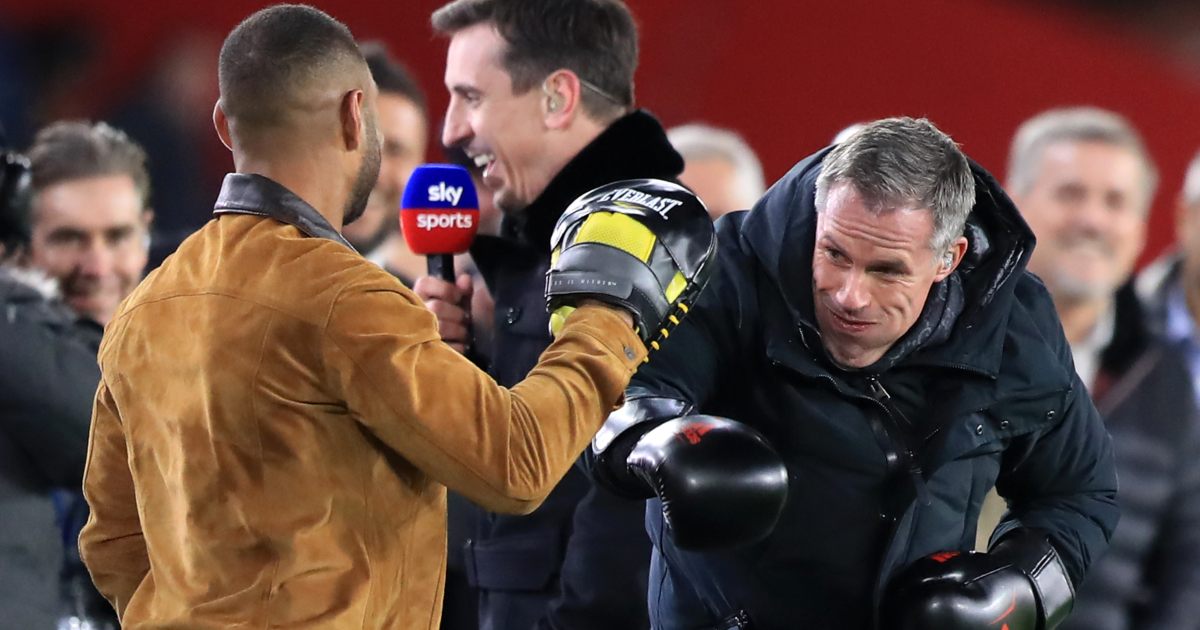 Jamie Carragher says that Liverpool create “two more chances per match” when Thiago Alcantara plays in response to criticism of the Spaniard.

The Reds are on a terrible run in the Premier League with the defeat to Leicester City last weekend their fifth in eight league matches.

That has seen them slip down to sixth in the table with leaders Manchester City now 16 points ahead of the defending champions.

Thiago has taken some of the flak this season with some fans and pundits claiming the former Bayern Munich midfielder slows Liverpool down and has made them a more possession-based side.

However, Carragher says “the opposite is true” and suggests “scapegoat” Thiago will be appreciated more when Liverpool are back to full strength.

Carragher wrote in the Daily Telegraph: “I agree Thiago played well. Where I disagree is that he was more impressive than usual because there have been many games where he has been excellent and Liverpool still lost.

“A scoreline can camouflage the reality of an individual’s contribution. We too often believe a defeat equates to underperformance, and victory the opposite. That’s happened a lot this season for Thiago because of the general expectation he would do more.

“Yet when breaking down the statistics of his season, some of the most repeated negative appraisals do not add up.

“It is suggested, for example, Liverpool are a more possession-based side when Thiago plays, and he is responsible for slowing the tempo.

“The opposite is true. Liverpool have more possession and complete more passes as a team without him. And far from ‘passing for passing’s sake’ when Thiago starts, the ratio of forward balls, and those finding a teammate in the final third, is significantly higher with the Spanish international.

“Liverpool create an average of two more chances per match when Thiago plays. Of Thiago’s passes, 67 per cent are in the opposition half, and 33 per cent in the final third – more than any of Liverpool’s regular midfielders. He looks forward, not sideways.

“Thiago is a playmaker rather than prolific assist-maker, but the passing statistics show there has been an impressive level of consistency to his game with the ball. It is there in black and white that he has been doing what he was signed to do. Unfortunately for him and Klopp, the midfielders who would balance the line-up and contribute in other key areas have been absent or out of position.

“That means Thiago has been required to fulfil the midfield duties he is seemingly less suited to. He was not signed as a ball-winner, yet has made more fouls than any Premier League player – and the number of poor tackles he is making per game is higher than any during his last five seasons in Germany.

“Despite that, Thiago has made more interceptions each match than any of Liverpool’s middle three made in the title-winning campaign of 2019-20. He has won more duels and retrieved possession more than Henderson, Wijnaldum and Fabinho did a year ago.”

Carragher added: “If these figures were presented to Liverpool’s technical staff in September they would have been purring with anticipation. We will never know how different it might have been so far had Fabinho and Henderson been at his side.

“Thiago has not changed Liverpool as much as many believe. The world around him and Liverpool has changed. When the midfield reassembles, even if Thiago does exactly what he has been doing for the last three months, perceptions will shift.

“At 30, his game won’t change at Liverpool. He won’t get quicker. His passing will always be outstanding. He excels on the ball more than he does without it. That was his game at Bayern. That’s how it has been at Liverpool.

“The problem in this tough period of acclimatisation is the chain reaction of the club’s injury crisis, with Fabinho and Henderson moving into defence. That means Thiago has replaced, not added to or enhanced, the existing team structure. I never believed Thiago was signed to play every game.

“Klopp would have okayed the deal with a plan in mind as he looked to introduce an extra five or 10 per cent into a winning machine. Instead, the pounding heartbeat of the team was lost.

“That means Liverpool’s results have been poorer than Thiago’s performances. So while we may not think we are seeing the best of him now, it is wise to hold fire before suggesting this is a high-profile deal which has not worked.

“There is enough evidence for those seeking it that once Liverpool’s midfield is back to full strength, the right time for the right player might be 12 months later than intended.”