Home All The News Carra, Neville drool over ‘out of this world’ Liverpool player 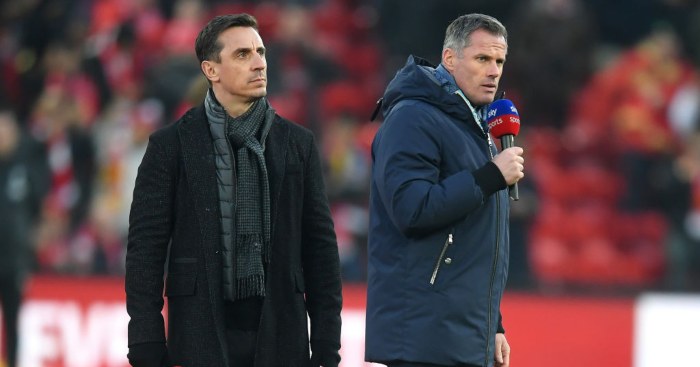 Trent Alexander-Arnold has been likened to Kevin de Bruyne playing at right-back as Jamie Carragher and Gary Neville lauded the Liverpool defender.

The England international grabbed another two assists on Monday night as Liverpool came from 2-1 down to beat West Ham 3-2 and maintain their unbeaten record in the Premier League.

Alexander-Arnold has now contributed 12 Premier League assists this season and 24 since the beginning of last term.

And Carragher and Neville joined together to pile praise on the 21-year-old.

“What makes him special is it is like having De Bruyne at right back, like a midfielder at right back,” Carragher told Sky Sports.

“People talk about his defending, but what he is doing – like Beckham at wing-back under Hoddle because of his quality – Alexander-Arnold is like a wing-back with the positions he plays.”

Neville added: “What staggers me is they don’t have two big strikers to hit with loads of headers, but Mane and Salah score headers because the quality is that good.