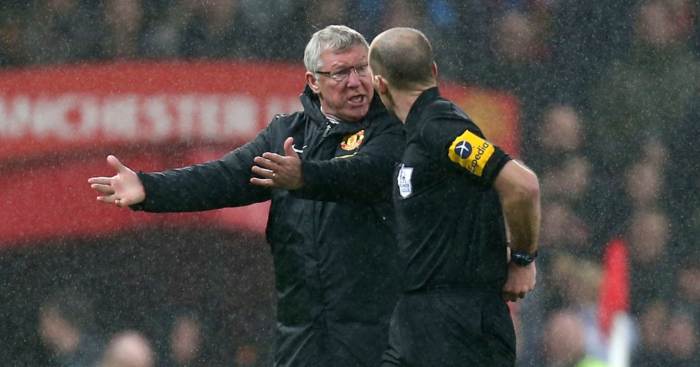 Jamie Carragher has teased Gary Neville that the current slump Man Utd are experiencing is down to them lacking a manager that will get in the referee’s ear during a match.

Sir Alex Ferguson had a reputation for having a word with referees during and after the match, with suggestions in the past that he tried to use that to his advantage during his days at Man Utd.

Since the Scot left in 2013, Man Utd haven’t won another Premier League title and Carragher has joked that the Red Devils are missing Ferguson’s approach towards referees.

Carragher teased Neville on Sky Sports : “Do you think the reason Man Utd have dropped off Gary, is because Ferguson’s not into referees now? I’m deadly serious.”

Carragher added: “Well how do you go from first to falling off a cliff to seventh or eighth when you haven’t got the manager who’s intimidating referees?”

Carragher got a friendly warning of “careful” in the ear from one of Sky Sports’ producers and Neville explained: “Just for the fans at home, every so often we have directors and producers shouting in our ears ‘careful you two, careful’.

“Every time he [Carragher] mentions a referee or I mention Boris Johnson they go into meltdown.”