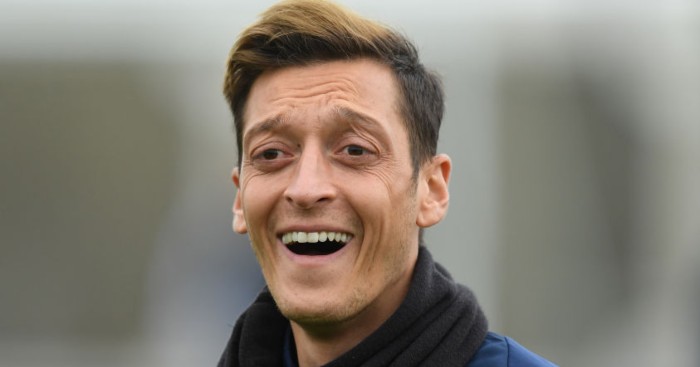 Jamie Carragher believes the agent of Mesut Ozil “did him no favours” in the debate about player pay cuts.

Arsenal announced on Monday evening that they had come to an agreement with their squad and coaching staff over a 12.5% pay cut for the next year.

Ozil was soon named as one of three players – the other two remain anonymous – to have rejected the proposal.

The pundit also suggested that Ozil “has got to go with what the rest of the players are doing really”.

“I think his agent did him no favours when he came out about three or four weeks ago and was arguing about waiting to see how the coronavirus hits these clubs financially, let’s wait and see.

“I always felt this would be a problem. I’ve been there myself in a different situation where you’re trying to agree with 25 people in a dressing room, it’s never gonna happen.

“I always felt there was two players, or two strands of players, who could, in some ways, maybe not fully engage with the rest of the squad in cuts, wage deferrals. That may be a young lad who just got into the squad, who maybe didn’t have the revenue of other players, or a player coming to the end of his contract, who maybe hadn’t earned big money throughout his career.

“But the fact that the highest-paid player, and possibly biggest name at Arsenal, has not gone with the rest of his teammates and stuck together… now even if I was in Ozil’s position, and I did not agree with that, I think the fact that the rest of your team and your manager and people at the club have decided to be as one and make this decision, I think you have to go with it as a team.

“Football is a team game. It’s not an individual sport, and someone like Ozil in that situation, I think he’s got to go with what the rest of the players are doing really.

“It’s a massive PR own goal. He’s a man… I’m not going to have a go at him for the wages he’s earned. If you wanna have a go at Mesut Ozil for the wages he’s got, blame the people who give him the contract. We all, in every walk of life, are trying to earn as much money as we possibly can. But when a situation like this comes in, and you’re together as a team, in the dressing room, I think the highest-paid member and the biggest name in that dressing room should be one who almost sets the example really, because it hasn’t been a great PR success story really since he had that contract.

“So, as I said, another massive PR own goal I think, but it didn’t help when his agent started talking two or three weeks ago.”