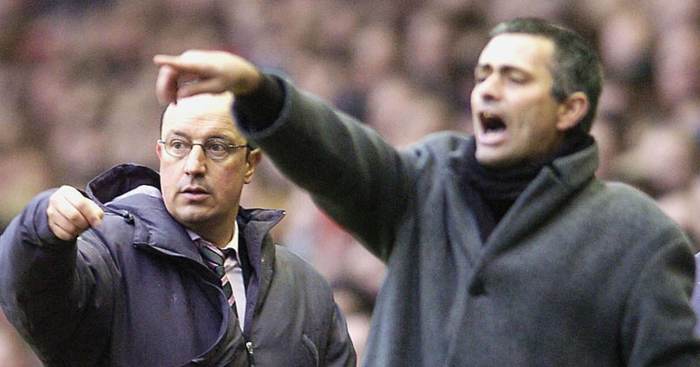 Jamie Carragher reckons that Liverpool opted to make Rafa Benitez manager in 2004 over Jose Mourinho because the Spaniard was “a little bit more standoffish”.

Benitez left Valencia to take over as Liverpool boss in 2004, replacing Gerard Houllier and guiding the Reds to FA Cup and Champions League glory during his six-year spell on Merseyside.

Mourinho, who joined Chelsea in the same year, had just guided Porto to Champions League glory in 2004 but there was a feeling his conduct wouldn’t suit Liverpool.

“He was just keeping the senior players informed about where they were up to, and he did mention Jose Mourinho.

“I think even that run down the line, even though it was great, at Old Trafford, the feeling was at the club and maybe from certain players that it wasn’t really the Liverpool way of doing things.

“I think the feeling was that Jose Mourinho couldn’t be a Liverpool manager, possibly because of the way he conducted himself at times.

“So I always thought we’d go for Rafa with him being a little bit more standoffish.”