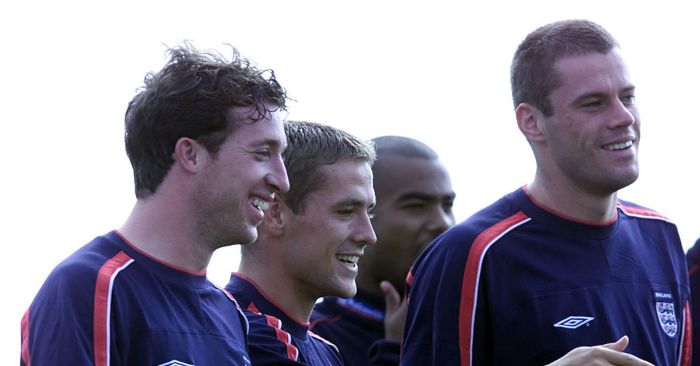 Jamie Carragher was not a fan of seeing former Liverpool teammate Robbie Fowler in a Leeds kit.

Carragher made his Liverpool debut in 1997, at which point Fowler was established as one of the Premier League’s best strikers.

A combination of injuries, increased competition for places and a difficult relationship with manager Gerard Houllier saw the academy product sold to Leeds for £11m in November 2001.

Fowler returned to Anfield under the management of Rafa Benitez in January 2006, adding a further 12 goals to his initial haul of 171 to put him sixth in a list of the club’s all-time top scorers.

It is for that reason that Carragher struggled to countenance the striker at Elland Road.

“I always used to look at Baresi or Maldini, heroes of mine, and you just see them in that kit,” Carragher said on Instagram.

“I was sad when Raul left Real Madrid, because he just didn’t look right in another kit.

“Even Robbie Fowler, when he left Liverpool, and you see him in the Leeds kit – he was meant to be at Liverpool!”