Home All The News Carragher names England’s most important player 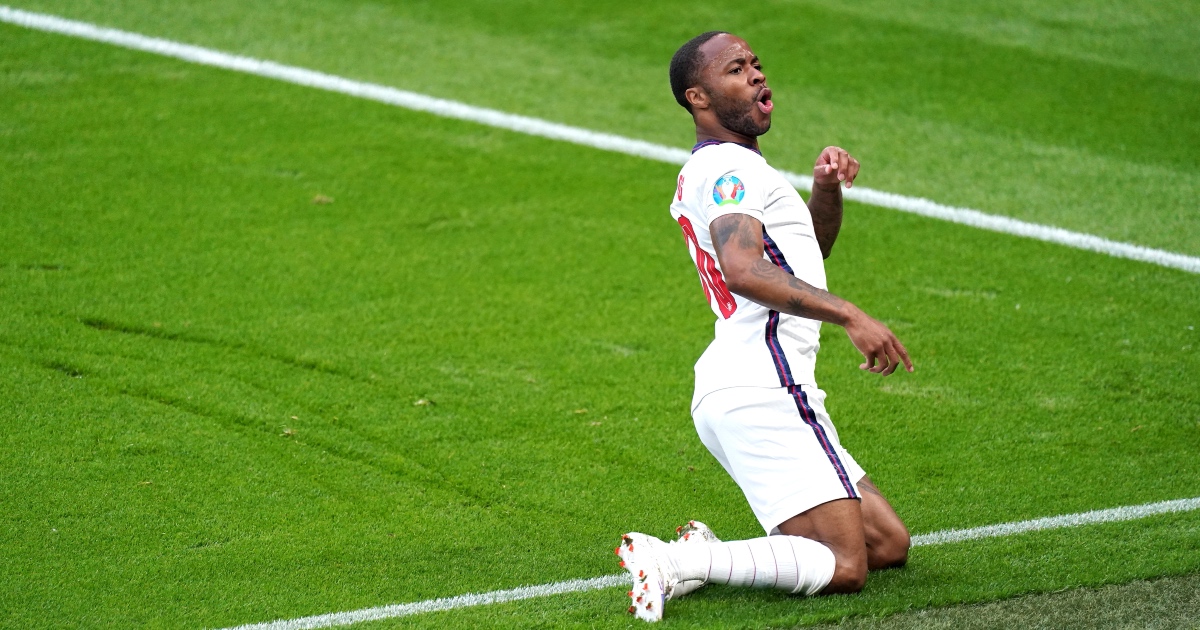 Jamie Carragher says Raheem Sterling is England’s most important player, but believes he is being taken for granted by fans.

Sterling has scored both of England’s match-winning goals at Euro 2020 and has been paramount to Gareth Southgate’s approach to games.

However, Carragher believes despite his goalscoring form many fans do not appreciate how important Sterling is and what a vital role he plays.

Sterling was substituted in the 67th minute during England’s 1-0 victory over Czech Republic on Tuesday in what appeared to be an effort from Southgate to keep the winger fit for the upcoming last-16 game.

Carragher cited the crowd’s reaction to the substitution as an example of the under-appreciation of the Man City star in a recent piece for The Telegraph.

He wrote: “When Sterling was subbed for Marcus Rashford halfway through the second half – a sure sign of the manager keeping him fresh for the last-16 – there was applause from the Wembley crowd.

“When Jack Grealish was replaced for Jude Bellingham a few minutes later, some of the spectators booed as if the most valuable player was being taken off. Encouraging as Grealish was, that is a bizarre misreading of the levels of seniority and importance in this England side right now.

“This is reflective of a strange, general reluctance to acknowledge how good Sterling is for England. Whenever suggested teams are proposed, those championing the case for others’ inclusion seem to view Sterling’s position as vulnerable, or worthy of debate. It really isn’t.

“Going into this tournament, there were two must-have attackers on Gareth Southgate’s team sheet. The first was Harry Kane. The second was Sterling.”

England will face off against the second placed side in Group F at Wembley on Tuesday for their last-16 game after they finished top of their group with seven points.

The Three Lions will have a home advantage, but could face tough opposition with the possibility of a clash against Portugal, Germany, France or Hungary.

Carragher believes that regardless of the team that England face next, Sterling will strike fear into the opposition more so than any other player in the squad.

He said: “Whoever England play in the last-16, which player do you think the opposition coach will spend most time telling his defenders to deal with? The forwards who keep dropping deep and exchanging passes 50 yards from goal, or the winger who constantly runs beyond the last defenders and unsettles the defensive line?

“England’s next opponents would be celebrating in the dressing room before kick-off if the team sheet ever materialised and Sterling’s name was not on it. I am not sure that is true at this moment of any other player in the squad.”