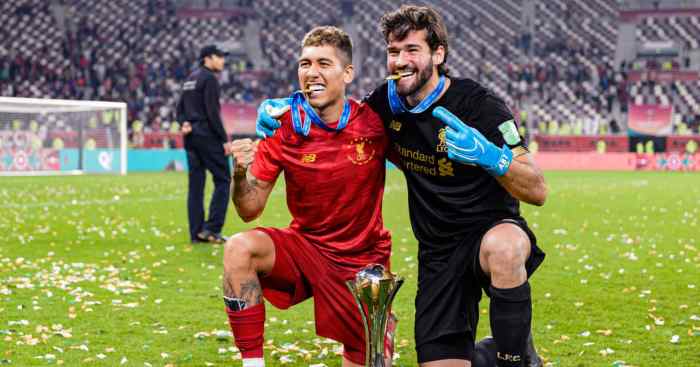 Liverpool legend Jamie Carragher has outlined his reasons for leaving Alisson and Roberto Firmino out of his Premier League team of the season.

Carragher named seven Liverpool players in his team of the season that he selected for Sky Sports, where he appears as a pundit regularly.

Trent Alexander-Arnold, Joe Gomez, Virgil van Dijk, Andy Robertson, Jordan Henderson, Mohamed Salah and Sadio Mane all made his line-up but Alisson – who has missed part of the season through injury – and Firmino missed out.

Instead, Carragher picked Sheffield United goalkeeper Dean Henderson and Manchester City striker Sergio Aguero in their place and he explained why he chose to omit the Liverpool duo.

Carragher said: “I love Firmino but I think he’s had better seasons, not scoring at Anfield in the Premier League didn’t help!

“When [Alisson has] played he’s been fantastic and I wouldn’t swap him for anyone in the world right now, but I think Sheffield United have been that good this season they deserved [Henderson] in there!”