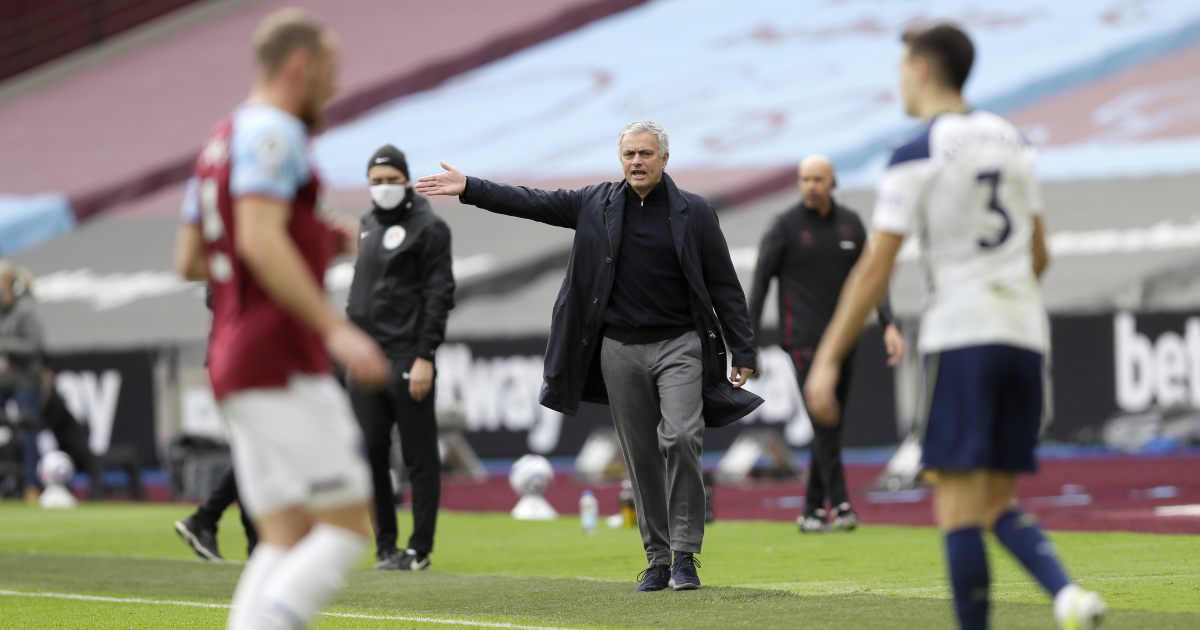 Former Tottenham midfielder Jamie O’Hara thinks Spurs need to “get rid” of Eric Dier and Davinson Sanchez as it’s “one of the worst partnerships in the Premier League”.

Sunday’s 2-1 defeat at West Ham was their fifth in the last six Premier League games and severely dented hopes of a top-four finish, with the fourth-placed Hammers now nine points ahead of Spurs.

Tottenham appear a shadow of the side that topped the table in mid-December and Jose Mourinho is in one of the worst spells of his long managerial career.

OPINION: Spurs vs Spurs: The only way to alter Mourinho method?

Things might have been different at the London Stadium had Gareth Bale’s fierce strike gone in instead of hitting the crossbar or Son Heung-min’s deflected effort not looped on to the post.

But O’Hara thinks Spurs will “end up trophyless again” this season and puts a lot of the blame down to their centre-back pairing.

“It’s getting embarrassing, isn’t it,” O’Hara told talkSPORT. “We should be turning West Ham over!

“I don’t think we’re going to win anything this season, I think we’ll end up trophyless again, I really do.

“I look at the team and the back-four is just an absolute shambles. I don’t know why Jose keeps playing [Davinson] Sanchez and [Eric] Dier because it’s probably one of the worst partnerships in the Premier League!

“[Japhet] Tanganga plays right-back, but he takes him off and puts [Matt] Doherty there, he’s played [Moussa] Sissoko at right-back, [Serge] Aurier, he just doesn’t know the team.

“The only player you’d say deserves to play in that back-four is [Sergio] Reguilon, I really like him, he’s decent.”

On how Mourinho should go about solving the issue with his centre-backs, O’Hara added: “Get rid of them!

“Dier is an alright player but as a centre-half he just looks lost around the box.

“In my opinion he needs to be dropped. I would play Tanganga and Ben Davies at centre-half, play Reguilon on the left and Doherty at right-back.

“Ben Davies is decent on the ball and has got pace, Tanganaga has got pace as well and I think that’s the biggest thing we lack at the back, pace, because we just get exposed all the time.”