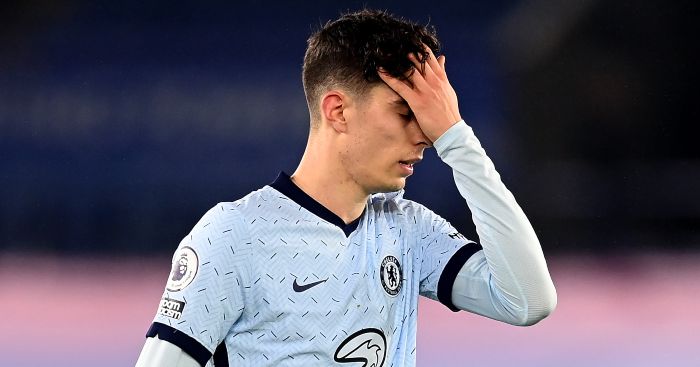 Jamie Redknapp doesn’t think the Chelsea players have done enough for Frank Lampard this season and labels some of them as “soft”.

The Blues lost for the fifth time in eight matches as they went down 2-0 to Leicester City on Tuesday night thanks to goals from Wilfried Ndidi and James Maddison.

The pressure is now building on Lampard with Chelsea five points off the top four having played an extra game, while there are rumours that he is set to be replaced.

OPINION: Frank Lampard will be sacked…it’s now when, not if

However, Redknapp thinks the Chelsea players have a lot to answer for this season as there are several that are only “just doing enough”.

Redknapp said on Sky Sports: “You bring in lots of new players, it’s like you’re a kid in a candy shop, you’ve got all the players but who do you pick and where do you play them?

“Players that come in from another country, you’re hoping they’re going to hit the ground running.

“There are one or two things that I look at and this will upset Frank more than anything because he was as hard-working a player as I’ve ever seen. But one or two of them are a little bit soft.

“You never want to be labelled a soft team, one that doesn’t run enough, that doesn’t work hard, win individual battles.

“That can boil down to confidence, but I look at that team right now and there are one or two of them that are just doing enough and they can’t just do enough playing for Chelsea.”