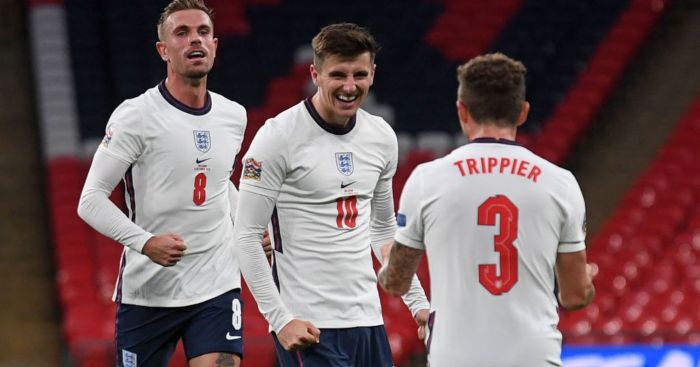 Jamie Redknapp thinks that Chelsea midfielder Mason Mount needs to improve his passing if he is to emulate Kevin de Bruyne after England’s win over Belgium on Sunday.

Mount would go on to hit a deflected winner as England beat a team ranked number one in the world for the first time since 2011.

And Redknapp thinks Mount could be England’s De Bruyne if he can improve his passing.

“Ashley (Cole) and I were purring watching some of Kevin De Bruyne’s passes. He was picking up pockets.

“When we talk about Mason Mount, I want him to do that more. Kevin De Bruyne is playing in a position in a three, but he was still getting licence to go and get the ball.

“Wherever the ball is, he’ll find it. Mason is that player who can do it for us, you don’t have to just stay on the right side, come inside.

“For the goal, that’s where he gets that fortune, which he deserved because he came inside and scored the goal.”