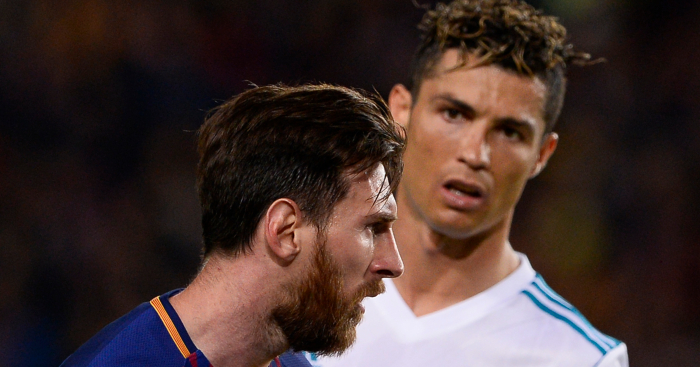 Jamie Redknapp has likened the debate surrounding whether Manchester City or Liverpool are better to the one around Lionel Messi and Cristiano Ronaldo.

It is regularly debated whether Messi or Ronaldo is the best player in the world and possibly even the best players to have ever lived due their astonishing achievements in football.

And Redknapp thinks there is a similar discussion going on at the moment as to who people prefer between City and Liverpool.

OPINION: Football has no excuse not to pay the Real Living Wage…

“It’s like the analogy of Messi or Ronaldo, which one do you prefer? They’re both brilliant at what they do,” Redknapp said on Sky Sports.

“Man City play through midfield more, they like a possession-based game. Liverpool are different, they get it up to the front three and magic happens, like that last goal [against Palace]. That’s what it’s all about for Liverpool, they’ve got so much pace going forward.

“But you can’t say either is wrong, they’re both great to watch and a joy in their own right. Some like Ronaldo, some like Messi. It depends on the type of football you like.”

Fellow pundit Graeme Souness added: “If you’re making a direct comparison between the two teams, they both have top goalkeepers, you’d rather have Liverpool’s back four and then City’s midfield, then toss a coin for the attackers. It’s a different type of football, both great to watch.

“But if you’re playing against Liverpool you have to be prepared to go to war with them. They want to bully you, get in your face and be really aggressive. The three midfield players, you wouldn’t describe any of them as silky, they’re all warrior types. They want to run over you.

“If you’re playing against City they want to play triangles and pass you to death. So they are different but they’re very special.

“We’re enjoying a purple patch. I think these are two special teams in the time of the Premier League. These teams could dominate European football as well.”