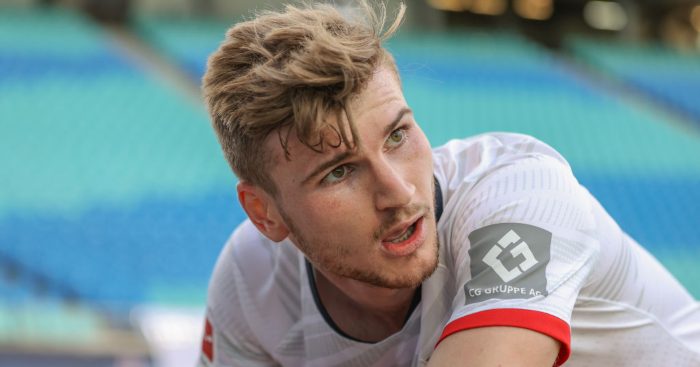 Two players will leave Liverpool this summer as the club prepare to bring in RB Leipzig striker Timo Werner, according to club legend Jan Molby.

The Athletic claimed on Saturday that the German’s future ‘is quite straightforward’ as he either wishes to join Liverpool this summer or stay at Leipzig for one more year before reassessing his options in 2021.

Werner had spoken to Manchester United United and Barcelona, while his representatives were contacted by Chelsea, earlier this year, and while he is ‘flattered by such admiration from sides he holds in the highest regard’, the only club he will consider joining is Liverpool.

When asked if he thought Werner would join Liverpool this summer, Molby told Hotel Tia: “Yes I do [think Werner will come].

“I don’t think there’s going to be an awful lot of transfers happening this forthcoming summer, but I think that in many ways suits Liverpool.

“They’ve got a very strong squad at the moment. There will be one or two players leaving, but we’ve got some young players that need to be introduced into the squad.

“So if Liverpool cannot spend any money I don’t think it will be a big problem.

“Timo Werner eventually I think will come. I think his preferred choice is Liverpool.

“Also when I look at him, he is a top, top player, but I couldn’t see him playing for Barcelona because they play in a different way, they play possession-based football. That is not his game. His game is exactly what we are all about.”