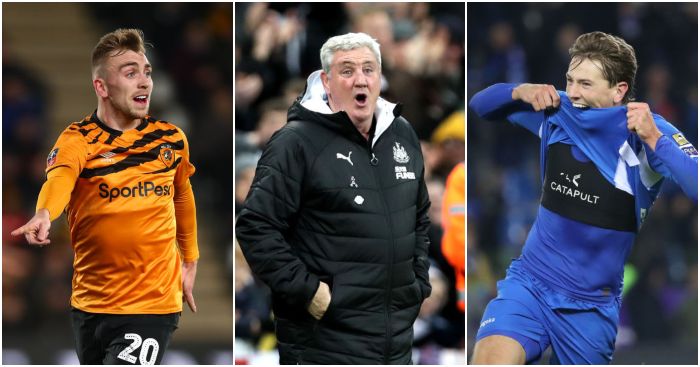 Note: If Manchester United pull it off, Odion Ighalo is top of this and every winners column until the sweet release of the apocalypse…

“This signing just shows how far we have come that we are now attracting the likes of Sander.”

And what’s not to like about this deal? Sheffield United not quite knowing ‘their place’ and snatching a player who has always seemed destined for a super club’s bench, or the player himself not settling for that gilded existence, and deciding instead to go all in on Wilder’s vision?

Good for him; good for them.

What happens next will be really interesting. United have spent £22m on Berge, meaning that the intention is obviously to work him into their midfield immediately. Given that that’s one of the better performing departments in the country and none of the incumbent trio have been sold, it will be intriguing (a) to find out whose place he takes and (b) what he can bring that wasn’t already there.

Size, perhaps, because he’s vast. But he’s got soft feet too, and that combination should provide Wilder’s side with a different way of working the ball upfield. At 6ft4, he could also be a fun addition to Alan Knill’s set-piece routines, which haven’t yielded nearly the number of goals that they deserve.

Newcastle
When was the last time they made a winners’ column at the end of a transfer window? They belong, though, despite not completing a permanent deal.

Danny Rose has joined to replace Jetro Willems, who has returned to his parent club following injury. Rose is diminished as a player, but will still offer Steve Bruce an improvement. And he enjoys talking to the press, which is good news for the local correspondents in Geordie Land.

Nabil Bentaleb isn’t exactly a shrinking violet away from the pitch, either – in fact he and his entourage are an absolute pain. But he’s expressive enough with the ball to offer a few different avenues out of midfield and, ultimately, those extra-curricular issues aren’t Newcastle’s problem while he’s on loan.

Valentino Lozaro? Who knows. He’s a right midfielder, apparently, and with a name like that he has to be quite a good player.

The key point is that Newcastle have been productive. They’ve been active in January before, but generally out of necessity and with activity which suggested panic, a speculative desire to make a quick profit, or both. This time, they’ve addressed actual needs.

They haven’t just insisted that Matt Ritchie fills in longer at full-back. They weren’t just content with the midfield bodies available – although couldn’t resist some bluster about having tried really, really hard (honest) to sign a player that was never going to join.

It’s slight progress, but it’s progress nonetheless and they’re stronger for it.

Still, that Boubakary Soumare episode was certainly strange and that – along with the lack of a new striker – is the caveat. Early on Friday, Bruce teased out the news that the club had had a club-record deal agreed for a mystery midfielder – later confirmed as being Soumare – but that the player in question had rejected the chance to move clubs.

With all due respect, someone of Soumare’s reputation was never likely to move to Newcastle given the options he has elsewhere. Even just in England, Chelsea, Tottenham and Manchester United are all supposedly interested and would all have been more attractive propositions.

So why bother? On the basis that this was always, at best, a very low percentage opportunity, why even bring it up? And so late? Almost breaking a transfer record is football’s equivalent of almost being pregnant and so, as always with Newcastle, the supporters – despite the good that’s been done – are being fed lines that don’t really add up.

Wolves
Understated, but probably successful. This window has had an element of back-to-zero to it, with Wolves rewinding a few of their summer mistakes. Jesus Vallejo’s loan has been aborted and Patrick Cutrone has been bounced back to Serie A, heading to Fiorentina.

But they’ve made some steps forward, too. Nigel Lonwijk and Enzo Loaodice are teenagers and won’t be factors for some time. Anyone who claims to have seen a lot of Leonardo Campana is most likely lying, but Nuno Espirito Santo needed an extra forward and, at 19, he has time to grow into the understudy role behind Raul Jimenez.

But Daniel Podence is a good player. Really good. His Olympiakos side were in Tottenham’s Champions League group, in which he showed himself to be a waspish sort of ball carrier. A touch self-indulgent perhaps, and prone to taking the odd extra touch, but he’ll be entertaining. Importantly, he’ll add another ingredient to Nuno’s forward line and that kind of diversification seems key to maintaining Wolves’ momentum.

They’ve got work to do in the summer – this squad is still much too thin – but what they have managed to do makes sense.

West Ham
Let’s be hesitant, because it’s West Ham and David Sullivan is role-playing as sporting director again. The club have only got one full-time scout (no, really), so they aren’t exactly known for depth or due diligence in their recruitment.

Tomas Soucek could be anything at all. He was probably just spotted on YouTube by one of Sullivan’s kids (“Please, Dad! Please, Dad! Please..!”). But Jarrod Bowen is a good player, even if – at £22m – Hull City clearly saw West Ham coming a mile away and will soon trouser an absurd amount for a player who has barely had a sniff of the Premier League.

And Roberto has gone, too. He’ll be missed. Not by West Ham fans or David Moyes, but certainly by the rest of the league. What a journey that was.

Daniel Levy (i)
A foot in both columns.

On the positive side, Giovani Lo Celso and his genius ankles have been signed permanently and it’s hard to see that as anything other than good news. Gedson Fernandes is…who knows? But he’s young and pliable and probably capable of being something someday. And Steven Bergwijn, who comes from the Eredivisie and represents the usual toss of a coin, has the kind of blinding pace which Spurs probably haven’t had enough of over these last few years.

Describing the sale of Christian Eriksen in a way that compliments Levy is a stretch – really, he just priced himself out of a bigger profit last summer – but sending Danny Rose as far away as geographically possible was a tremendous victory.

For the sake of a metaphor, Tottenham really, really needed a good pair of shoes. They didn’t find any, but they’ve bought a lovely new pair of trousers instead.