Home F365 Features One per club: Players eyeing up the January sales 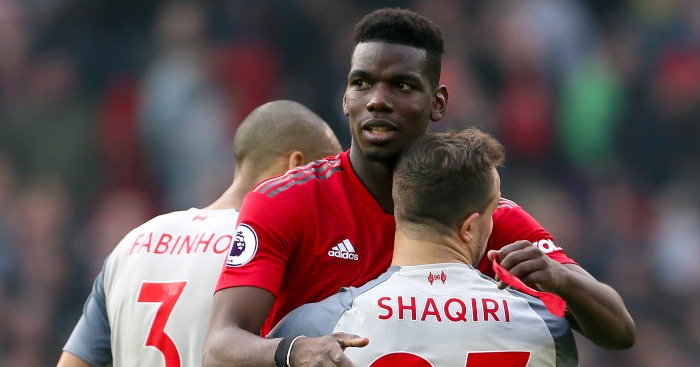 There’s lots to look forward to in January. The Christmas-boosted third Covid wave. Brexit. Existential dread. And most importantly of all, a transfer window. Only seems five minutes since the last one in this squashed and hectic season, but there you go. So which players will be counting down the days and looking to make a move? These ones, that’s who.

Arsenal: Mesut Ozil
To let you behind the curtain a little, when we’re coming up with these one-per-club ideas what we usually do is just look down the Arsenal squad list until something jumps out. One day, Mesut Ozil actually will leave Arsenal and make our jobs that tiny bit more difficult. But might make these features generally a bit more upbeat and positive, so that’s nice.

Aston Villa: Anwar El Ghazi
What better farewell gift could there be than a last-minute winner at Wolves. That came in his 49th minute of Premier League action this season. Always leave them wanting more. Get out now, it will literally never be better than this. (Disclaimer: may get better against Burnley this very night.)

Good morning villains. I really hope all you who were berating and hounding El Ghazi enough to make him suspend his social media, are in his DM’s today, apologising. A team game utilises a WHOLE squad and we need everyone… may your apology be as loud as the disrespect.

Brighton: Bernardo
The B clubs are always death in these features. At least there’s one fewer of them this year. Still, though. Anyway. Bernardo. Has had just 25 minutes of Premier League football this season, and a man cannot survive on Carabao alone. Especially when you’re no longer in the Carabao.

Burnley: Need absolutely everyone
Let’s get through this. Only 16 more to go after this one, and they’ll all be easier. The problem with Burnley is that they have a small squad and have had massive injury problems. We all know that football injuries were popularised by Virgil van Dijk’s recent headline-grabbing setback, but not many people know Liverpool did not in fact invent the concept. Burnley have been without all manner of key players for ages. Although Johann Gudmundsson, Ben Mee, Robbie Brady, Phil Bardsley, Jack Cork and all the rest are now starting to return to fitness, Burnley’s is not a squad you look at and think anyone desperately needs to get away in order to get some serious game time. They’ve only played 11 Premier League games thus far yet six of their players have racked up 900 or more Premier League minutes. They’re going to need every bit of depth going. Even Matej Vydra, a player invented specifically to appear in features like this one, is playing a reasonable number of games and even scoring a couple of goals.

Chelsea: Danny Drinkwater
There has to be something better out there for a 30-year-old Premier League winner than getting disrespected by children while playing for the Under-23s, surely? Chelsea is always Loan Central and there are plenty of other contenders loitering in the squad. Marcos Alonso, for instance, is now third, possibly fourth, in the left-back pecking order and hasn’t been seen in action since getting the hook at half-time with Chelsea 3-0 down at West Brom.

Crystal Palace: Max Meyer
Just hasn’t really worked out for anyone that, has it? Has seen just 90 Carabao minutes and one very lengthy penalty shoot-out (he scored) all season, and hasn’t even made it as far as a Premier League bench since October. Out of contract in the summer and surely best for everyone to end things sooner if at all possible.

Max Meyer is the most technically gifted player on the books at Palace and we’ve been starved of a potential cult hero because of a manager’s stubbornness a refusal to change, halting any progress. https://t.co/yaZxDHYRln

Everton: Tom Davies
Got to put a couple of eye-catching ones in these. But there’s a strong argument in favour of a decent six-month loan for the 22-year-old, who has been pushed way down the midfield pecking order by the excellence of Allan and Abdoulaye Doucoure this season. Has completed 90 minutes in the Premier League only once this season, while his four appearances off the bench have comprised a total of 22 minutes. Mind you, Everton have won five of the six games where Davies has featured this season, so maybe they should keep him around. Just bring him on for a minute at the end and, bang, instant three points.

Fulham: Jean Michael Seri
A reminder of the grim fate that can so often befall the victim of a dubbing, ‘The Next Xavi’ spent last season on loan at Galatasaray and this season restricted to a spot of Caraboaing, having been omitted from Fulham’s 25-man Premier League squad. Inter Milan were interested in the summer, it says here. According to his agent, anyway. Give them a call, maybe.

Leeds: Pablo Hernandez
It feels dirty even suggesting it, but the fact is that – impressively, given the number of new signings Leeds made and the way they’re looking pretty nicely at home in the Premier League (albeit with some slightly overblown coverage) – most of last season’s squad are still seeing decent game time despite the step up in class and extra competition. The veteran Hernandez is the one that stands out. He’s had odds and sods here and there, including a couple of assists in a textbook eight-minute cameo against Newcastle this week, but the sad truth is that a man so integral to getting Leeds to where they are now has become peripheral. All depends on what he wants to do with his time at 35 years of age. Leeds does look quite a fun club to be at. But if he wants to play a lot of football in the finite time left in that career, then it may sadly have to be elsewhere.

Leicester: Demarai Gray
“It’s pretty clear with Demarai that he’s looking to move on,” said Rodgers recently of Gray, who is out of contract in the summer. Honestly, again, why wait until the summer?

Liverpool: Xherdan Shaqiri
Fair enough, nobody is probably that keen on leaving Liverpool right now, but Shaqiri has made precisely three Premier League matchday squads this season. He’s too good and too fun a player to be kept on the sidelines. We demand to be able to watch him and his improbable body shape and even more improbable passes on a reasonably regular basis.

Do you reckon Shaqiri even knows what his injury is? pic.twitter.com/5GPhoegIAC

Manchester City: Eric Garcia
Has his heart set on a return to Barcelona when his contract runs out in the summer and has played 20 minutes of Premier League football since October. Liverpool have also been linked, given their current situation of having no reliably fit senior centre-backs at all.

Manchester United: Paul Pogba
Bored of it all now. Us, him, his club, his manager. All utterly bored of it. Just make it stop.

Newcastle: Dwight Gayle
Injured at the start of the season and now firmly behind Callum Wilson in the Newcastle striker hierarchy. With Andy Carroll also still lumbering about the place, Gayle could be forgiven for thinking it might be time to look elsewhere. Reminded his current club and any potential new ones of his existence with a late winner against West Brom last week. In all ways, that was a well-timed goal.

Sheffield United: All of them and yet none of them
It’s shaping up to be a historically bad season for Sheffield United, but really, when you look down their squad list you find yourself once again in ever more bewildered awe at what they pulled off last season. This is a Championship squad, and it is entirely understandable for all of them to look at the situation and think “I’ll have another six months being a Premier League footballer thank you” before heading back where they came next year to do it all over again. On the other hand, nobody wants to be part of the worst Premier League team ever, so get out now. The one player guaranteed to still be in the Premier League next season if he fancies it is Sander Berge, but that’s probably for the summer, previous sentence notwithstanding. One of the maddest things that has happened during weird Covidball is Sheffield United absolutely twatting Spurs and Chelsea back to back in July and then taking one point from the next 15 games. Fair play.

Southampton: Shane Long
Probably won’t happen, and he’s probably perfectly happy where he is. We’ve mainly put him here as an excuse to talk about his hyper-specialist role. Not so much super-sub as super-late-sub. He’s made eight Premier League appearances this season, for a combined total of 61 minutes. It’s weirdly impressive, in its own way.

Tottenham: Dele Alli
It’s time. Jose Mourinho simply has no meaningful use for a mercurial, positionally-fluid midfielder-cum-forward with a questionable workrate. No longer even getting meaningful Europa League minutes, his only possible role now is late-hail-Mary-sub-to-chase-a-game-if-Gareth-Bale-is-unavailable. It got him five minutes at Palace at the weekend and, more weirdly, another handful at Anfield. It’s not enough, is it? A loan at the very, very least must be sorted in January. We still love the idea of Dele at PSG, even if nobody else does.

West Brom: N/A
Too tricky now. You look down that squad looking for a player Big Sam won’t fancy, and you realise just what a good decision West Brom might’ve made here. That’s a right Big Sam of a squad. Before the last couple of days, we’d have had Charlie Austin, but he put in a useful 20-minute shift making a nuisance of himself in the unlikely 1-1 draw at City and will surely get more minutes under Allardyce.

West Ham: Robert Snodgrass
His three Premier League appearances this season have come in at a combined four minutes. He’s putting even Long to shame here and faces a tough decision: leave and try and play a sensible number of minutes for a full-time professional footballer, or stay and attempt to break the record for most Premier League appearances in a season without reaching a total of 90 minutes? I don’t envy him the anguish of making that call.

Wolves: Roderick Miranda
Over to Nuno Espirito Santo, who handily summed the situation up perfectly last month. “He trains and is integrated in the support group of the under-23s, waiting for his situation to be solved. Roderick was with us here in the first season and he was important in the beginning of Championship, I recall. He made a big impact. And then he was on loan, and now he is not involved with the first-team squad, but we have a huge respect for Roderick. What we want now is to find a better solution for him and for his future.”