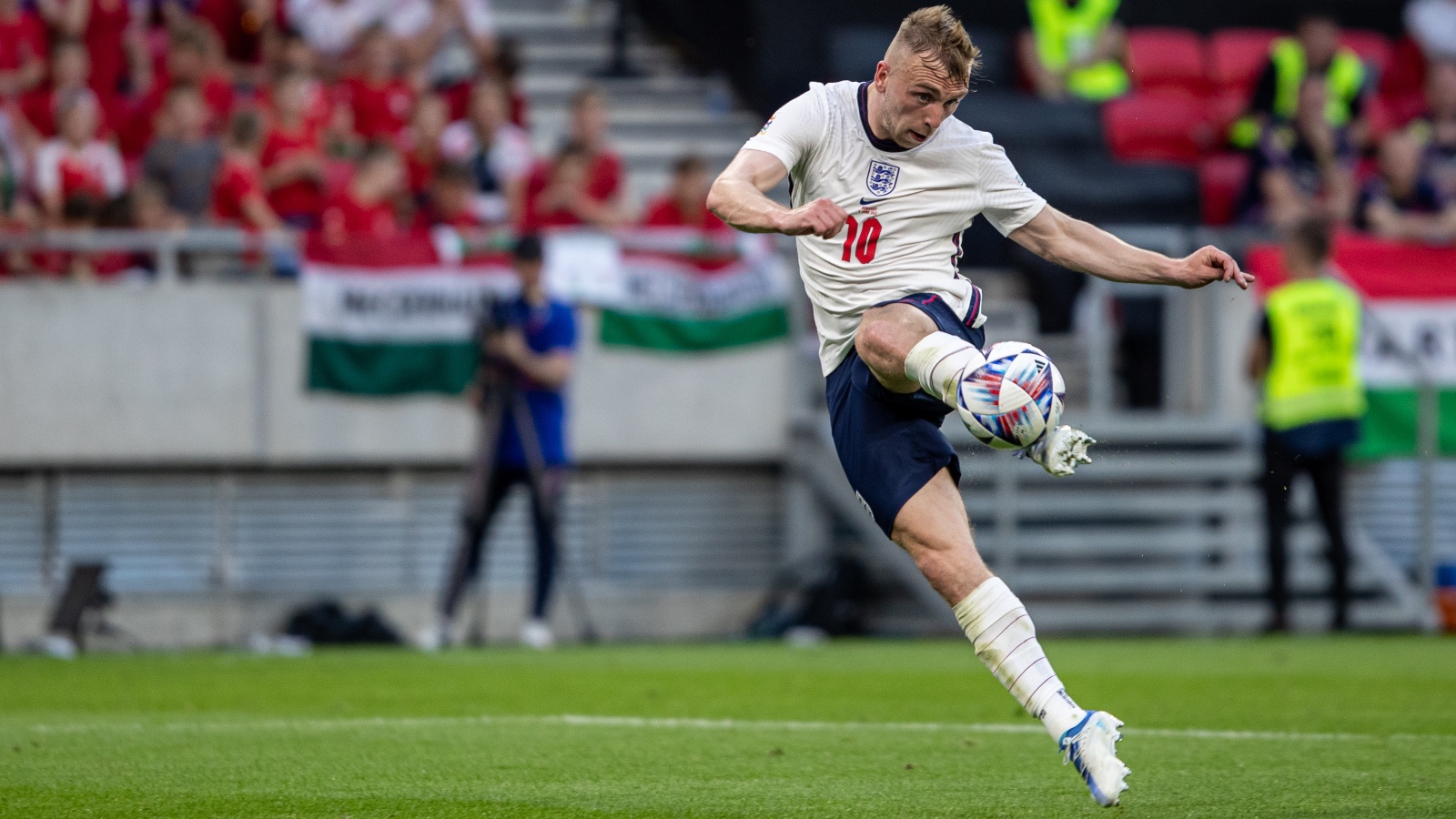 Jarrod Bowen has admitted to having “mixed emotions” following his debut for England due to the “disappointing” nature of their 1-0 defeat to Hungary.

Bowen, 25, has been in exceptional form for West Ham this season, amassing 31 goal contributions in all competitions as the Hammers reached the semi-finals of the Europa League.

He was fully deserving of his call-up to the England squad but he admitted after the Hungary game that he was struggling to contain his nerves in the run-up to his debut.

“Yesterday in a meeting he (Southgate) put my name up on the board and I kind of just felt sick straight away to see my name up there, but I was excited as well as nervous,” he told Sky Sports.

“It’s something I’ve wanted to do forever so it’s good to be nervous and I kind of used those nerves when I got out there.

“They helped me settle in, have a few touches of the ball and then just continue what I’ve been doing for West Ham, I think.”

He continued: “Of course it’s different to what I’m used to playing. I’ve never played international football before. It was about doing what I’ve been doing this season. Not changing my approach to the game, not changing the way I play, exactly how I’ve been playing all season and just doing it on it a bigger stage, really.

“Of course it was special playing for your country. It’s just a bit disappointing with the result in terms of mixed emotions with making my debut but losing the game.

“But of course first and foremost making my debut for my country…I’m delighted.”

It was a flat performance from Gareth Southgate’s side, who will end the week bottom of their Nations League table. Bowen, though, was one of a small number of players to leave the game with any credit.

Channel 4 pundit Michael Owen said of his display: “I think he can be proud of his England debut, I really do. He didn’t score but he did virtually everything else. He was the one likeliest to score, let’s say.”