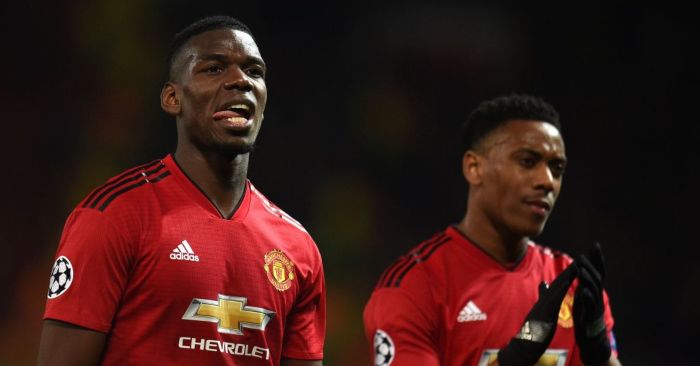 Jermaine Jenas has said that Manchester United should have kept Romelu Lukaku and sold Anthony Martial earlier this year.

Ole Gunnar Solskjaer‘s first transfer window in charge saw him bring in three new recruits and get rid of several players including Lukaku and Alexis Sanchez, the Red Devils boss saying those two departures in particular helped restore the culture at United.

The failure to sign replacements for Lukaku and Sanchez has led to United struggling for goals up top, however, with an injury to Martial not helping improve the situation.

Speaking on BBC Radio 5 Live, Jenas took a pop at Martial and said that it was the Frenchman who should have been sold in the summer instead of Lukaku.

“Since Martial has been at Manchester United, I would say he has a month and a half, two months a season then he goes absolutely missing,” the pundit said.

“You’ve got poor Marcus Rashford, who puts himself out there every single week and gives his all. We all know he’s not a goalscoring machine or that goal-scoring comes naturally to him.

“He’s got other attributes to his game that are phenomenal that we see him produce for England on a regular basis. He gets all this criticism thrown at him yet you’ve got players like Martial who just goes missing.”

Adding to his argument, Jenas insisted that injury problems so far this season for Martial should not be used as an excuse.

He said: “You talk injuries but it happens every single season at United. Why get rid of Lukaku when you’ve got someone like Martial who is doing that every week.

“Just because he’s a younger player, or he’s more valuable? I’m questioning so many decisions that are being made.”