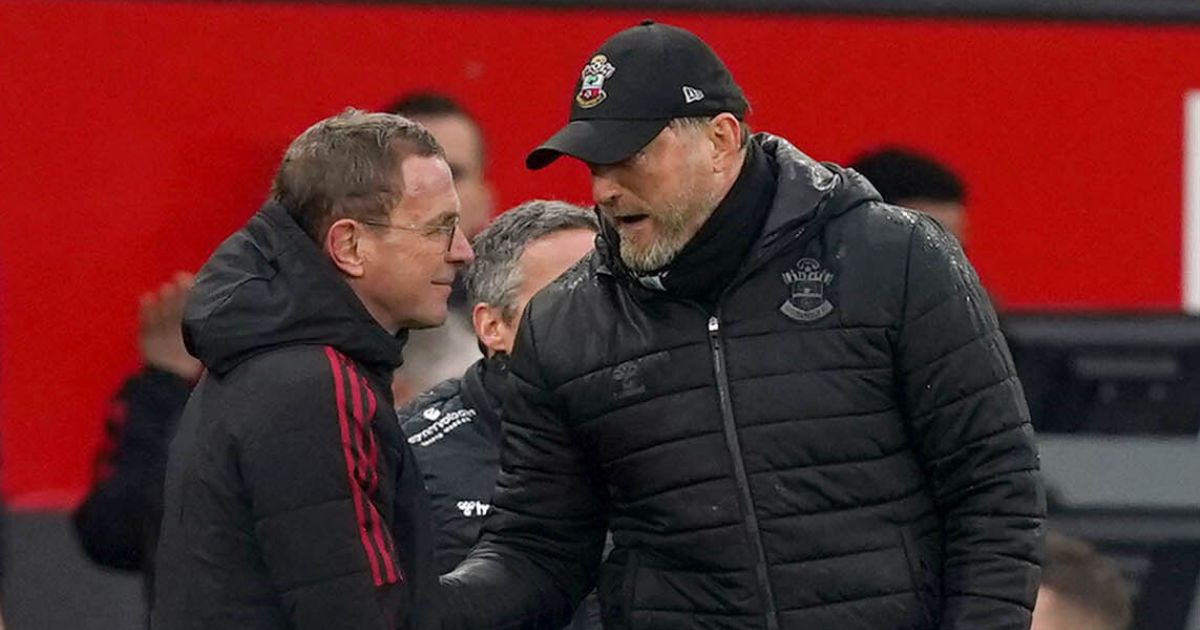 Having bowed out of the FA Cup on penalties to Middlesbrough and been held at Premier League strugglers Burnley, the Red Devils managed to blow a lead to draw 1-1 for the third time in nine days on Saturday lunchtime.

Southampton were the latest side to frustrate Man Utd and could have even snatched victory at Old Trafford after Che Adams impressively cancelled out Jadon Sancho’s opener.

Speaking after the match on how Southampton managed to get a point at Old Trafford, Hasenhuttl said: “It is not a big secret that when they [Man Utd] lose the ball that the reverse gears are not the best from everybody.”

“He’s had such a great week so he should focus on that and what his team are doing.

“I get that he’s got that relationship with Ralf Rangnick but it didn’t sit right with me, talking about another team, especially when they’re going through a tough period.”

Jenas added: “You can ignore the question and say you want to focus on your team and the positives, which is what he should have done.”

Southampton get to enjoy a week’s preparation to their next game at home to Everton buoyed by the point at Old Trafford and Wednesday’s thrilling 3-2 triumph at Tottenham.

Hasenhuttl’s men have this week all but extinguished any talk of a relegation battle and Kyle Walker-Peters is looking to push up the table.

“We’re very satisfied with the result and that’s four points this week, which we’re really happy with,” Hasenhuttl said.

“I think it shows how confident we are and it’s important we maintain that and we can’t let that standard drop now.

“We’ve set the standards high and we need to keep it, keep pushing and keep trying to climb the table.

“A draw against City, a win against Tottenham and a draw here, it shows we can compete with the top teams.

“We were confident, we had our chances to win the game or be up in the first half. We had two really big chances which usually you would score from.”