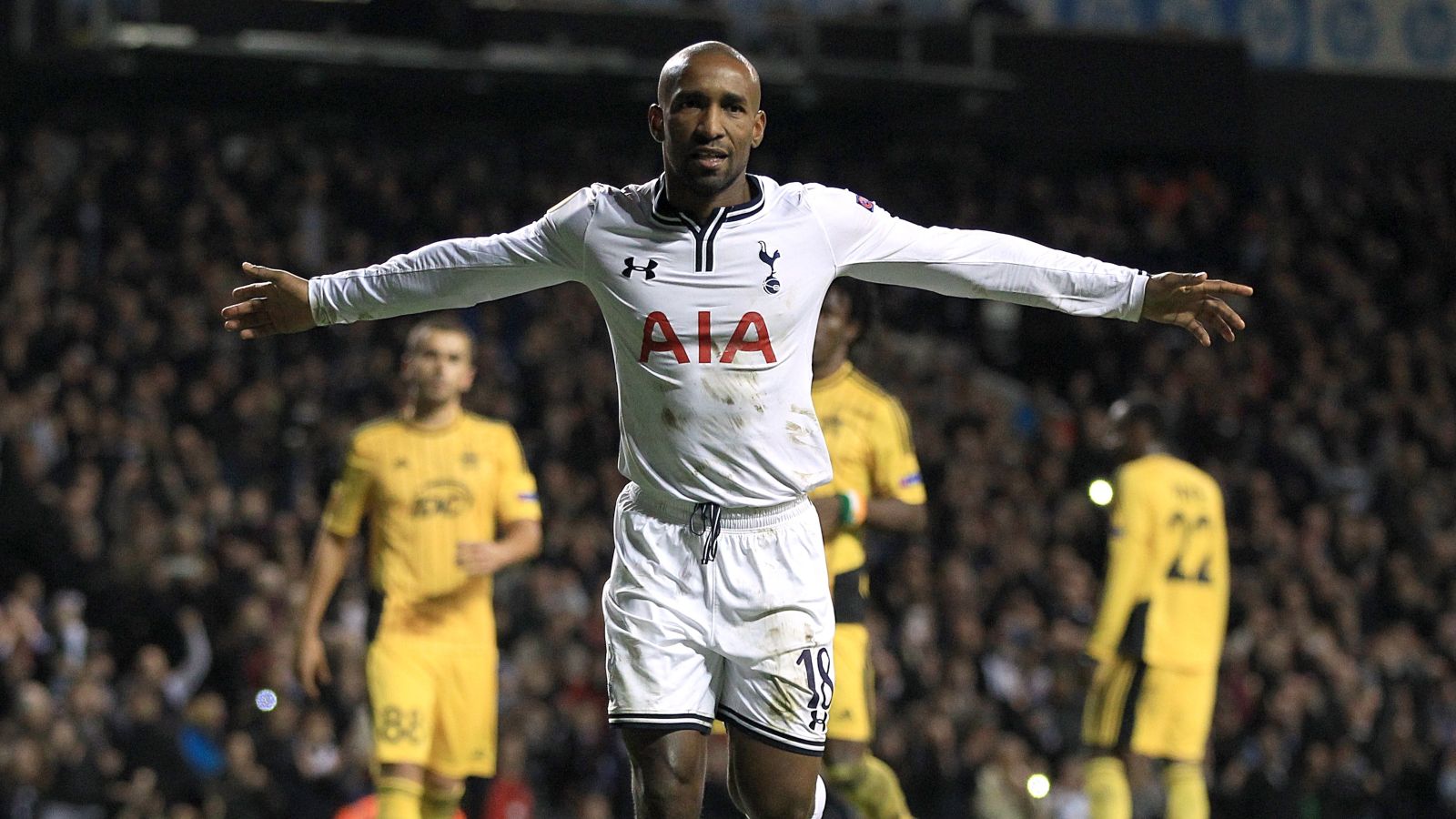 For all the goals he scored, including 162 in 496 Premier League appearances and 20 in 57 games for England, Jermain Defoe will never be remembered as a great striker.

His numbers are legendary, almost inexplicably not matching the reputation he garnered over his 22-year career, which came to an end last week at the age of 39. But they are not what stands out about him; even he, one of the most single-minded and driven marksmen English football has seen in years, must surely admit that. The greatest tribute that can be paid to Defoe as he steps away from the game – and his ultimate legacy – is his relationship with young Sunderland fan Bradley Lowery, who passed away at the age of six in 2017 after a battle with neuroblastoma.

Bradley’s story captured everybody’s hearts, but Defoe went above and beyond for the little boy who idolised him. He became a key part of his life, and shone a spotlight on his own humanity, as somebody who has cared more than a typical footballer, with so much charity work done throughout his career. The pair became inseparable; Defoe was scoring goals to hold things together at the Stadium of Light, helping the club survive despite woeful mismanagement which has since seen them collapse into League One mediocrity. Even into his mid-30s, he was as potent as ever, earning a recall under Gareth Southgate. He shared that moment with Bradley, who was mascot for the day at Wembley as they walked out together.

His performances were arguably enough anyway, particularly after his superb volley in his very first Wear-Tyne derby, but the connection with Bradley propelled him to cult hero status at Sunderland. Tottenham Hotspur fans love him, too; it was there where he was most prolific over two spells after joining from West Ham for £7m in early 2004. Crossing that particular divide cost him dearly in terms of his relationship with Hammers fans, who still haven’t forgiven him to this day. Everywhere he has played, Defoe has scored goals, and yet he probably didn’t get the credit he deserved at any point in his career. The reason for that is attitude; at his peak, English football simply didn’t understand or respect his skillset enough.

Back in the mid-2000s, strike partnerships were all the rage, giving players with lesser goal records such as Emile Heskey more legitimacy on an international stage. The same went for Freddie Kanoute at Tottenham initially, and later Dimitar Berbatov. If Defoe was to get on the pitch, he found himself vying with the likes of Robbie Keane and Michael Owen, who were more experienced than him. But Defoe could be relied upon whenever he was needed; there was just a limitation on him, particularly as the trend of playing one striker up front came into play. His physical stature has pigeonholed him despite his ability to finish often making him a deadlier striker than those who perhaps got more recognition.

Why his finishing didn’t convince more people is something of a mystery. Perhaps the view was that he was ‘just’ a goalscorer, somebody who came alive in the box but seldom created chances or got involved in play. If that were the case, it would be a difficult one to make, but it would also explain how English football has let so many talented players fall through the net and not fulfil their potential. Too often, they are judged on how many jobs and roles they can fill; a jack-of-all-trades is valued over a specialist, even somebody who made a living out of the most important part of the game like Defoe.

It wasn’t until he left for Portsmouth in January 2008 that he really showed just how lethal he could be as a regular starter in the Premier League; Spurs letting him go without a profit said everything about their undervaluation of him, but he flourished under Harry Redknapp, the man who nurtured him through youth football at West Ham.

A goal ratio of just under one in two at Fratton Park was typical of him. It is hard to comprehend a striker with such ability at that level being so freely available mid-season to a Premier League club, but he eventually returned to Spurs alongside Redknapp. Then came his five-goal haul against Wigan Athletic in a 9-1 victory, and a place at the 2010 World Cup, having been one of a few strikers overlooked in favour of a 16-year-old Theo Walcott four years earlier, at the height of his apparently invisibility.

But his Spurs career petered out again and then came a spate of even more doubts. He played for Toronto FC in Major League Soccer but yearned for English football; there were those who claimed he was too old, but he made an instant impact at Sunderland. Then, after a spell at Bournemouth when the Wearsiders’ luck ran out, he went to Rangers with Steven Gerrard and continued his goalscoring odyssey, becoming a champion in Scotland.

In many ways, the way it ended for Defoe was fittingly disappointing and anticlimactic, prolonging the theme of being undeserved. He’d returned to a hero’s welcome at Sunderland, with much fanfare and even rumours that the manager, Lee Johnson, was sacked for not favouring his return. There was an understanding that he wasn’t what he was, but the buzz was there; £1 of every ticket sold on second home debut was donated to the Bradley Lowery Foundation, but he made seven appearances without scoring before calling it a day.

Many Sunderland fans may feel short-changed, but it is clear from listening to Defoe that he’s been ready to go for a while, but got caught up in the romanticism. It may also point to a sadness that he wanted to return to a place where he’s been loved, after so much indifference throughout his career.

Because he never got a good run at the highest level, it is easy to misunderstand how good he was. Perhaps, like many great artists, he’ll earn respect in time.

Right now, his off-pitch achievements are what he’s best known for, but there really weren’t many who could find the net like him.