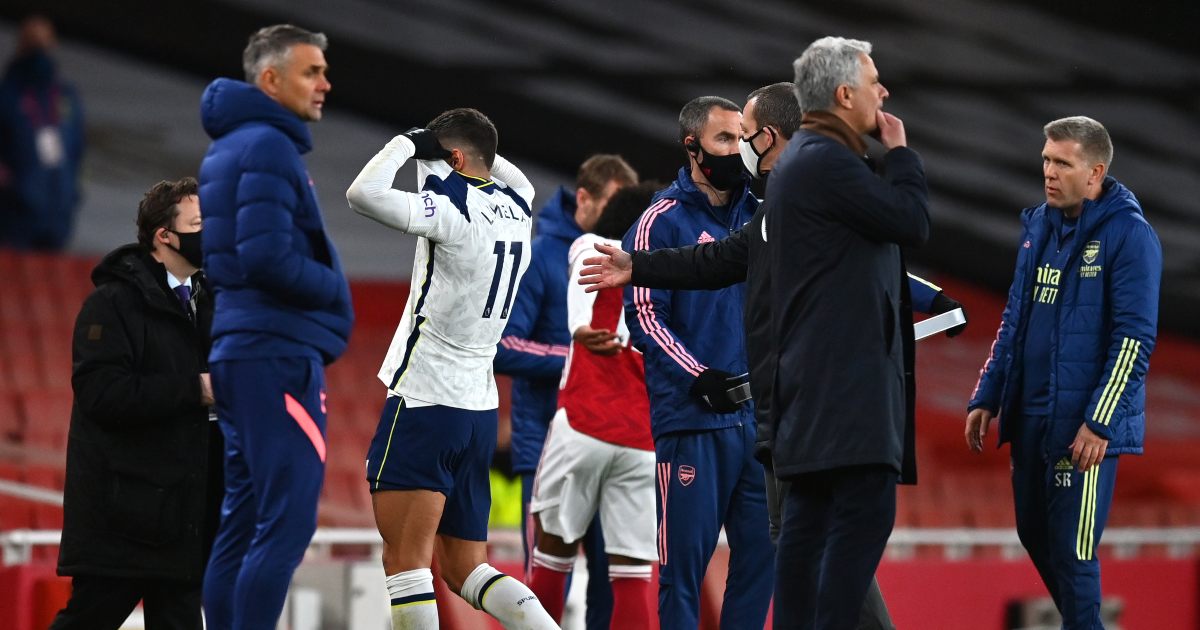 Jermaine Jenas thinks the progress Spurs have made in recent weeks was a “lie” after they “reverted to type” against Arsenal on Sunday.

Tottenham had won five matches in a row in all competitions before the north London derby with Premier League victories against Burnley, Fulham and Crystal Palace.

A  sublime rabona finish from Erik Lamela – who was later sent off for a second bookable offence – was as good as it got for Spurs on Sunday with Arsenal goals from Martin Odegaard and Alexandre Lacazette giving bragging rights to the Gunners in a 2-1 comeback win.

Spurs could only muster six shots in the 90 minutes and was a far cry from their recent free-flowing attacking displays.

“After the way things had been progressing for Jose Mourinho’s side in recent weeks, what I saw from them in their 2-1 defeat at Emirates Stadium felt like a massive backward step in a number of ways,” former Tottenham midfielder Jenas said on Match of the Day 2.

“Spurs had gone into the game on the back of three successive Premier League wins and a couple of convincing victories in Europe, scoring lots of goals and taking a few of those teams apart.

“It was all looking good. They have got the Carabao Cup final to look forward to, they have got one foot in the quarter-finals of the Europa League and they are in touching distance of the top four.

“Potentially, with the way they had started playing, I had thought this season could be unbelievable.

“Then, one performance later, I am left thinking that, no, it was all a lie.

“It feels like all of my optimism was completely misplaced because it came after they had played three minnows, basically, in Burnley, Fulham and Crystal Palace. The minute they have come up against anyone decent, they have reverted to type.

“That means sitting deep and being cautious, which again got Spurs nowhere on Sunday. And what we saw against Arsenal is what is going to happen every time unless Mourinho gets them back playing on the front foot.”