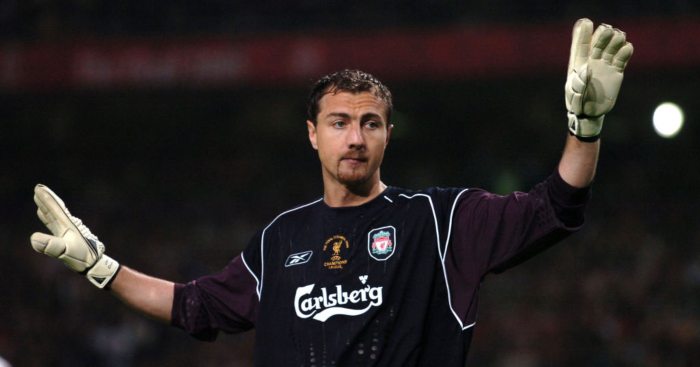 Jerzy Dudek claims Arsene Wenger called him in a rage after the former goalkeeper joined Liverpool instead of Arsenal.

The former Poland international came close to joining Wenger at Arsenal, with the finances of the deal ending any hopes of a move, before joining Liverpool in 2001.

Dudek was part of the Liverpool side under Rafa Benitez that famously beat AC Milan in 2005 to win the Champions League in Istanbul, saving penalties in the shootout from Andrea Pirlo and Andriy Shevchenko.

When Dudek signed for Liverpool he received an angry phone call from Wenger after the Reds managed to sign him for less than Arsenal had previously offered.

“Arsene Wenger called me, and he was furious,” Dudek told the Liverpool Echo.

“He was nearly yelling. I’d joined Liverpool, not Arsenal. After five years with Feyenoord, I was ready for a fresh challenge. That summer, I’d spent a couple of days in London and Wenger showed me Highbury and the training ground.

“It was a beautiful visit – we agreed terms and shook hands. I went back to Rotterdam, then Wenger phoned me. ‘I’m really sorry,’ he said. ‘Feyenoord want £10million and we don’t pay that amount of money, not even for a striker’. The deal was off, and I was angry.

“Then three matches into the new season, Liverpool came in and I moved to Anfield – for £5.75m. ‘What the hell is going on?’ Wenger asked me when he called. ‘I offered £7.5m and Feyenoord said no!’ I said, ‘I’m sorry – I had nothing to do with it’. Joining Liverpool was meant to be.”