Home Johnny Nic No, Lingard and Dier should not bloody ‘grow a pair’… 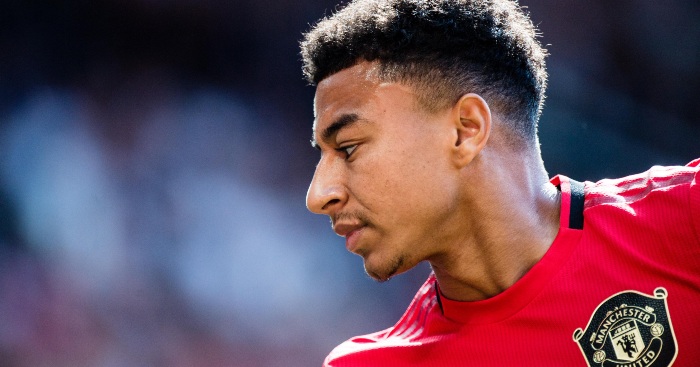 As I watched Eric Dier climbing over rows of seats looking like a footballing Gulliver among the Lilliputians, another work of literature came to mind. ‘Hell is other people,’ said the existential philosopher and writer Jean-Paul Sartre in his play No Exit.

And in such moments it is hard to disagree. There is always a minority spoiling things for the rest of us with their hellish behaviour. Football is no exception. I’ve never understood why some people at a game have to be an absolute twat? And more than that, why do the rest of us have to put up with them? I’ll tell you why, it’s because there are little or no consequences to behaving badly in and around a game of football. Apparently we’re supposed to just accept it as ‘all part of the game’.

I make no claims to be saintly at all, but the idea of hurling abuse to Dier’s brother about Dier himself, or at Jesse Lingard – as we saw this week – or indeed any footballer, just would never even occur to me and I’m sure that’s the same for the vast majority of people. But was there any consequence for those who were doing that to Jesse? No. None. Why? Because it’s allowed. It is abnormal behaviour which has been made very normal in football. Do it in a theatre, you’d be thought insane, do it at football it’s fine. Okay, context is everything, and to an extent football is there for the release of emotions. But that doesn’t excuse so much of what has been normalised in a ground.

But why should that be? The player has to endure it – and there is debate about how they should respond – but hey, so do we, the nice people. We’re here too. And we’re sick of it. But then, we the decent majority don’t seem to matter. We the decent majority who don’t abuse or fight or threaten or behave like an aggressive idiot are told either explicitly or implicitly that we just have to put up with all this crap from these dreadful people. We’re supposed to accept the unacceptable just because we like football. A tiny minority of idiots is gearing the whole experience. All that money spent on policing which could be better spent elsewhere is spent because of those people.

Even when outright racism is proven, little happens of significance. Hartlepool were fined £7,500 by the FA in January for failing to ensure their fans refrained from using racially abusive language when playing Dover last September. Though how they can ‘ensure’ that is another matter. Two fans were ‘banned’. I put that word in inverted commas because I doubt banned fans are ever really banned. I’ve never seen anyone at any game checking to see if those going in are on a banned list. No-one stands there with a Wanted poster, do they?

Given there were complaints by Ebbsfleet players of two more instances of racial abuse by Hartlepool fans this weekend, there is all the evidence you need about the absence of real consequences.

I’ve been in crowds where fans of the same team began fighting each other due to a ‘disagreement’ over how good or bad a specific player was. Watching middle-aged men leathering each other in the face is not my preferred way to spend leisure time, not least because you’re never sure if you’re going to get lamped in the melee. Again, there were absolutely no consequences for those fighting and no compensation for the rest of us who spent the rest of the game nervously wondering if we were going to end up getting a boot in the face when they decided to fight again.

If we let this weirdo minority get away with this uncivilised conduct – and we have – it will never stop. So seeing Dier striding over those seats – hard to do in studs, I’d have thought – was just a brief moment of real world consequence for the abuser, who by all accounts was offski quick-sharp, unused to there being any push-back.

Take note of the fan with the orange hood who was abusing Eric Dier and his family.
A keyboard warrior in real life #shoutandrun pic.twitter.com/9z7Giz2y6f

The now traditional response to a player kicking off with the general public is to say getting stick is all part of the job and you should just suck it up and, if you can’t or won’t, then you’re part of the snowflake generation.

Danny Murphy’s piece in the Mail about Dier was saying exactly that, taking the usual ‘I was abused as a player but I didn’t do anything about it’ line. Well they were different times and maybe you should have, because unless a stand is taken then this nasty minority keeps getting away with their appalling behaviour and making our lives far worse than they need to be. You’re not being clever or wise to ignore it; you’re allowing it to flourish.

‘My mum didn’t come to see me play because she heard someone have a go at me. It was a personal choice and I didn’t try to dissuade her. We have to be careful not to kill the freedom of fans to pay their money and verbally criticise if they feel the need.’

And there you have the oft-proffered reason why decent people have to put up with idiots being horrible. Money. “I’ve paid so I want my pound of flesh and sod the rest of you.” But of course, abuse is not verbal criticism. It is abuse. And by the way, your own mother was put off watching you play and yet you’re defending the abusers? Really? That’s just classic football weirdness, where extreme behaviour is thought normal. Why should your mother’s freedom to enjoy her own son’s achievements be impinged upon by these abusive people? That’s just not right. But hey it’s football, you’re allowed to be a total twat and be defended for it.

The person Dier was pursuing would have suffered zero consequences for what he was saying. Indeed, apart from briefly worrying a massive footballer was going to stick the nut on him, he did. Dier leaving the pitch to confront that person was provoked by it being personal, but in a way, he was doing it for all of us. It was a symbolic act for those of us who are sick and tired of this minority having such an effect on our football lives. I don’t see anyone else defending us. We’re here too. We paid our money too. We matter.

So in lieu of action by the authorities, by police or stewards (who are not paid well enough to start pulling people out of the crowd) I’m all for players hunting down their abusers where possible and confronting them and totally understand anyone who would want to do so in defence of family and friends. Let’s get the whole team in there. In doing so, they’d have the support of the vast majority of fans.

If the authorities and ex-players in their columns all excuse this abuse as somehow an innate part of the game which you have to expect, put up with and treat as a test of your manliness, then they are complicit in the abuse itself. This whole ‘grow a pair’ thing is just typical macho crap, the sort of crap which is behind pretty much every abusive behaviour on earth from swearing at a footballer all the way up to war. It’s why some men are a big problem. It is the opposite of what is needed. We need the abusers to lose a bloody pair. How about we do that?

Saying a player has just got to put up with it (unless it’s racist abuse) is not helping. All you’re doing by taking that attitude is normalising extreme behaviour, the sort of behaviour that the rest of us find unpleasant, don’t really understand and would rather not have to experience at a football match. Why are we not on anyone’s radar?

Abuse is not mitigated by masquerading as that most holy of things in football – ‘passion’. It is easy to be passionate about anything without becoming abusive. But like you, I’ve seen grown men going ballistic and calling a referee a ‘f**king cu*t’ in front of scared-looking young kids. I’ve seen fathers making wa*king gestures at opposition supporters and encouraging their young boy to do the same. I’ve seen fans whose first instinct when their team scores is to turn to the opposition fans and angrily stuff it down their throats, as though all of this is normal. It isn’t. It’s weird. And that’s before we get to the Munich and Hillsborough chants and the gas chamber hissing et al. But hey, it’s football so there are few or no consequences for behaving badly. Help yourself crazy dude, here you can say what you want with impunity and anyone who wants to stop you is a snowflake.

Much has been written recently about the rise of abusive behaviour in grounds and around football. But is it any surprise when it is being endorsed as an innate part of football culture by those who played it and some in the media? All these things are interrelated. You can’t be disgusted at fans who are chanting appalling things, or abusing someone on a train, and then tell a player to grow a pair. These things are interconnected behaviours and mindsets, you can’t surgically cut away one aspect of behaviour from another.

So let’s ignore those who say players should just put up with it and get your revenge on the pitch (which was also the now widely decried advice to black players back in the day, of course) because it is such shrugging, laissez-faire attitudes that have helped sustain and perpetuate the abuse. It allows clubs to do nothing about it and it tells people that they can do what they want because nothing will happen.

The day players start to fight back is the day things will begin to improve. Dier might be an unlikely freedom fighter but he set a very good example this week and attracted a lot of praise and understanding from us, the nice folk. And he will get a ban as a result. That’s the upside-down world of football for you.