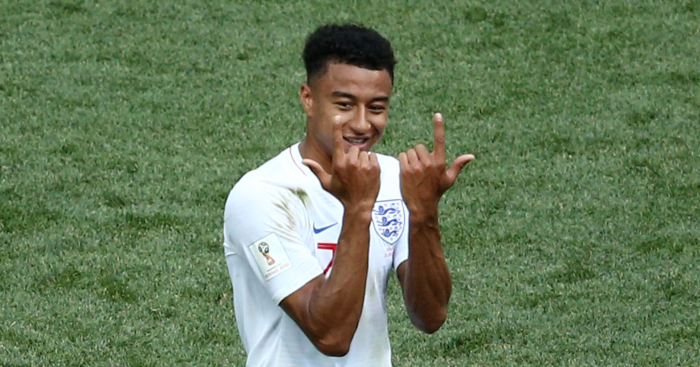 Having swiftly and subtly guided Wayne Rooney toward international retirement shortly after becoming England manager on a permanent basis, Gareth Southgate stamped out the dying embers of the ‘Golden Generation’ and began to rebuild from the rubble left behind by his most recent predecessors.

Thoughtful, intelligent and espousing a common-sense approach to tactics and man-management, the former Aston Villa and Middlesbrough defender has allayed any fears he would be an FA yes-man after stepping up from his role as under-21s boss to replace Sam Allardyce in 2016.

Qualification for, and a positive start to, the 2018 World Cup has breathed fresh air into an England set-up that, through years of underachievement and drab performances, was beginning to breed apathy and disinterest among many fans. And Southgate has righted the ship through refreshingly practical and pragmatic means: round pegs for round holes. A Golden Regeneration.

And no current England player better embodies the work Southgate is doing with the Three Lions than Jesse Lingard.

Like many of his international colleagues – such as Kieran Tripper, Dele Alli and Harry Maguire – Lingard spent much of his early career below Premier League level, loaned out multiple times by Manchester United, both for the youngster to gain experience and so the club could gauge his true potential.

Something of a late bloomer, whether he had a long-term future at the club he grew up supporting remained far from certain well into his twenties, as he seldom displayed sufficiently convincing form at even Championship level – to varying degrees, a tale similar to that of Harry Kane and Jamie Vardy’s formative footballing years.

Jesse Lingard was told he was too small to be a footballer, now look at him. Follow your dreams, don’t let anyone stand in your way. 🙌 #mufc pic.twitter.com/4F4Oi2gq2r

“I’ve changed, I’ve matured, I’ve learned from my different teams I played for,” Lingard told the BBC of how his near-four years of loans with the likes of Birmingham City, Derby County and Leicester City helped shape the player he has become. “Every club was good to me.”

Because of the hurdles he’s vaulted already in his career to become and Old Trafford regular, the resolve he has shown and his continual, critic-defying self-improvement, Lingard in many ways epitomises where Southgate’s New England have come from, where they are and where the manager hopes to take them.

While many stars more heralded than Lingard have shrunk under the intense, scrutinising spotlight of major tournament football with England, the United man embraces the elevated stage.

In England’s opening two games of the 2018 World Cup, Lingard has been among the Three Lions’ greatest goal threats, his confidence manifested in a stunning 25-yard strike against Panama and a total of five shots for the tournament to date, bettered only by Kane (six).

A scorer in FA Cup and League Cup finals for United, it should come as no surprise that Lingard is currently shining in football’s grandest competition. “I knew when I got my chance, I knew had to take it no matter what, so you go out with no pressure,” he told The Telegraph of the big-game temperament that has made him one of the first names on Jose Mourinho’s team-sheet for high-stakes fixtures. “I am pretty much fearless…and at the end of the day you are just playing football with your friends, pretty much, but obviously you still have to win the game.”

This coolness under pressure did evade him somewhat in England’s World Cup curtain-raiser against Tunisia, spurning two of the most presentable chances Southgate’s men mustered in their narrow 2-1 victory. But his head never dropped – his confidence, like his endeavour, remained undiminished.

Just rewards arrived in the 6-1 thrashing of Panama, a record result at a World Cup for England. Widely hailed the man of the match, Lingard’s savvy forward motion drew a penalty which Kane converted in the 22nd minute, before an enterprising link-up with Raheem Sterling culminated in the United star curling home one of the group stage’s finest goals ten minutes before the break. The fact Lingard was withdrawn after 63 minutes, rested ahead of the Group G top-spot decider with Belgium, evidences the regard in which Southgate holds the 25 year old.

Within the right system, Lingard’s value as a footballer far outstrips the sum of his individual attributes. As such, analysing the Warrington-born attacker’s skill set often leads to many becoming perplexed at his continual selection for both club and country, especially when more obviously talented players miss out at his expense.

But it is only when assessing Lingard’s contribution to the collective cause that his true worth is exposed: his off-the-ball movement creates space for others; his tireless workrate offers the opposition not a moment’s respite – no player could match the 11.4km he covered against Tunisia; and his bravery on the ball is wholly necessary within United and England sides that have too often lacked ideas.

When discussing with Sky Sports the improvements he has made under Mourinho, Lingard hit upon many of the facets of his game that have come to make him so key for England: his tactical discipline, intuitive movement and game intelligence.

Southgate’s quiet revolution, mercifully bereft of bombast and false promises, of course offers no guarantees of success – not least because the current humble crop straddles uber-gifted generations: following on from the Beckhams, Rooneys and Gerrards, and a stopgap while we await the germination of apparent superstars-in-the-making like Jadon Sancho, Ryan Sessegnon and Phil Foden. And had he been born a decade earlier or five years later, Lingard would perhaps be a peripheral England figure at best.

Instead, he is the both the everyman and the embodiment of England’s here and now, a player for whom tempered expectations have been greatly exceeded, doubters silenced with every step. Southgate will be hoping his side’s World Cup campaign traces a similarly defiant trajectory.

What’s more, aside from his pure footballing value, Lingard’s general demeanour encapsulates the much-discussed renewed within the camp. His dancing goal celebrations and giddy social media presence may not strike a chord with the Proper Football Men, but this is a young man enjoying himself and the like-minded company he finds himself in; he is no less professional or dedicated as a result.

While still a work in progress, England have been vibrant and industrious thus far in Russia, organised and adventurous: all qualities Lingard, on an individual level, brings in spades. His path to the top meandered but he’s there now on merit. A slow-burn star for Southgate’s long-view plans.