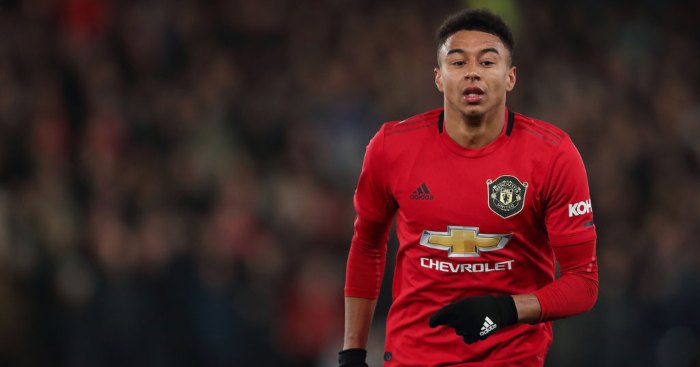 Jesse Lingard has been in touch with Chris Smalling and Ashley Young as he considers a move from Man Utd to Italy, according to reports.

Smalling was loaned to Roma last summer and is due back at Old Trafford, but La Gazzetta dello Sport suggest Man Utd might even allow Roma to sign Smalling on another one-year loan at a cost of €4m rather than €3m.

Young meanwhile, joined Inter Milan on an initial six-month deal in January, with an option to extend it by a further year, and he like, Smalling has been a hit in Serie A.

And now, according to The Independent, Lingard is mulling over a move to Italy.

The report claims the 27-year-old “is greatly tempted by a move to Serie A” and suggest that Lingard “was even setting his mind on it” before the coronavirus crisis hit.

AC Milan are one club “said to be interested” in Lingard, who has struggled at Old Trafford over the last 18 months.

Lingard has been in the firing line after managing just five goals and four assists in 36 games last season, while this term things have not improved much with just two goals and two assists from 35 appearances to date.

Lingard recently told Adidas Home Team’s The Huddle:  “My mind wasn’t there [last season], I wasn’t really pushing myself. It felt like it weren’t me. You feel like when you watch yourself you’re like ‘that’s not Jesse.’

The latest report does suggest that the suspension of the Premier League has given Lingard time to think and reflecting on his comments last week the former England man sounds like he’s ready for the fight at United.

The same paper have also suggested that United will actively pursue a deal for Raheem Sterling if Man City are banned from Europe for two seasons.