Home All The News Lingard: ‘I was lost as a player and a person’ 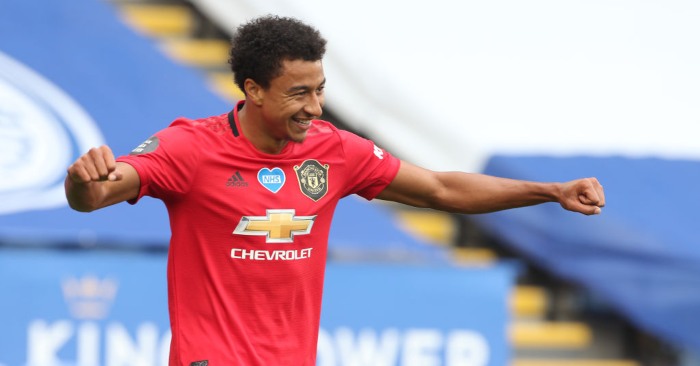 Manchester United midfielder Jesse Lingard admits he was “lost as a player and person” during a season which saw him start just nine Premier League games.

He was also dropped by England after a loss of form that saw him fail to score in the top flight until injury-time on the final day of the season.

The 27-year-old revealed in December that he had taken on more responsibility for his siblings after his mother had become ill and had struggled with the burden.

Quoting Michael Jackson’s Man in the Mirror on Instagram, he has now written: ‘Im starting with the man in the mirror im asking him to change his ways.’

He then wrote: ‘This season has been difficult for so many reasons. I lost who I was as a player and person, but I never wanted to give up, I knew who I really was on and off the pitch and knew that having been there before I could get there again.

‘This meant working harder than I’d ever done before and trusting in those around me that they knew how to best help me achieve that.

‘I know the fans have been frustrated but in all this time my love for this club and everyone connected to it has never left me.

‘This team, this club is my family and I will continue to keep working harder than ever to help this team achieve its goals. ❤️🔴🙏🏾 #MUFamily’

This comes as Lingard has been heavily linked with a summer exit from Manchester United, with Everton touted as a predictable destination.