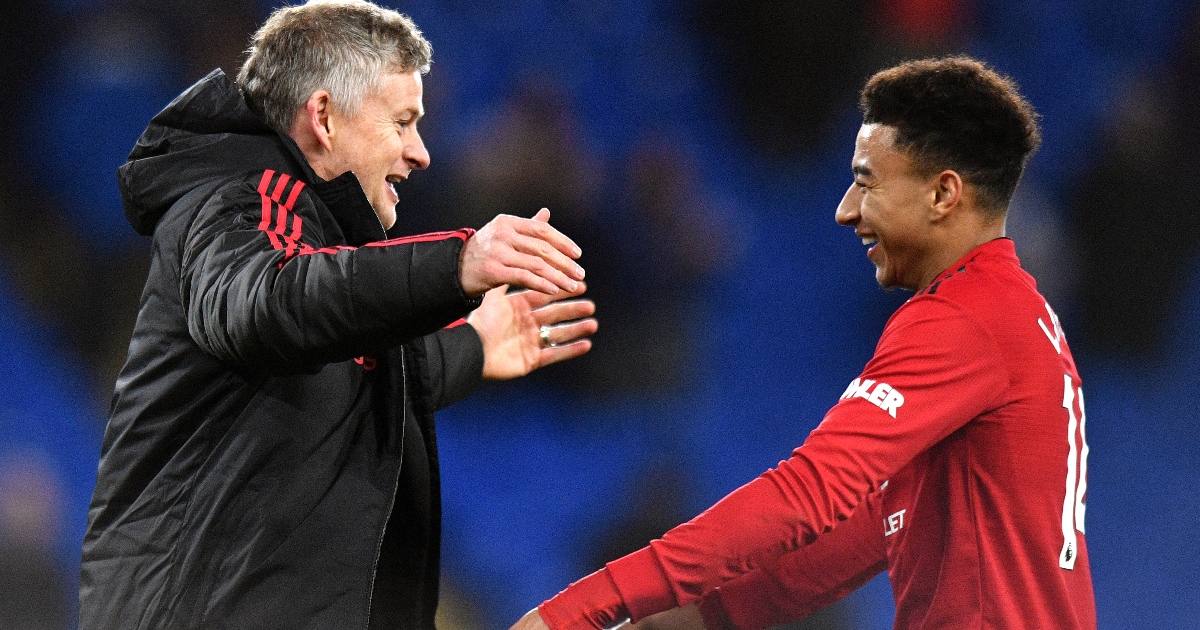 Jesse Lingard has informed Ole Gunnar Solskjaer of his desire to stay and fight for his place at Manchester United next season.

After making just three appearances for United during the first half of the campaign, Lingard was loaned to West Ham in January, where he enjoyed a superb run of form.

The 28-year-old scored nine goals and laid on five assists in 16 games, inspiring the Hammers to qualification for the Europa League.

The club are keen to retain Lingard next season by signing him permanently, but after a ‘candid meeting’ with Solskjaer, it appears the forward has other plans.

According to The Sun, Lingard told the United boss his preference is to stay at Old Trafford and rebuild his career there.

Lingard has been with the Red Devils since the age of eight, and while he admits a return to West Ham remains a possibility, he feels capable of re-establishing himself in the north west.

However, should he be denied regular first-team opportunities, he is likely to seek an exit.

Lingard has proved he can produce the goods at the highest level, with his performances for West Ham forcing Gareth Southgate to consider recalling him.

The England boss named Lingard in his provisional, 33-man squad for the European Championships, but overlooked him when that number was whittled down to 26.

“It’s a surprise that Lingard’s not there because even to have him on the bench with his pace and one-on-one ability, he’s a clever footballer,” he said.

“He had a good season with West Ham. I didn’t see him play every game, but the games I saw, he has been very good.

“It’s always difficult. At the end, you can only pick the number [of players] that you’re allowed to pick. Someone will be disappointed, it’s always like that.”