Home Manchester City Jesus: ‘Bernardo is one of the best players in the world’ 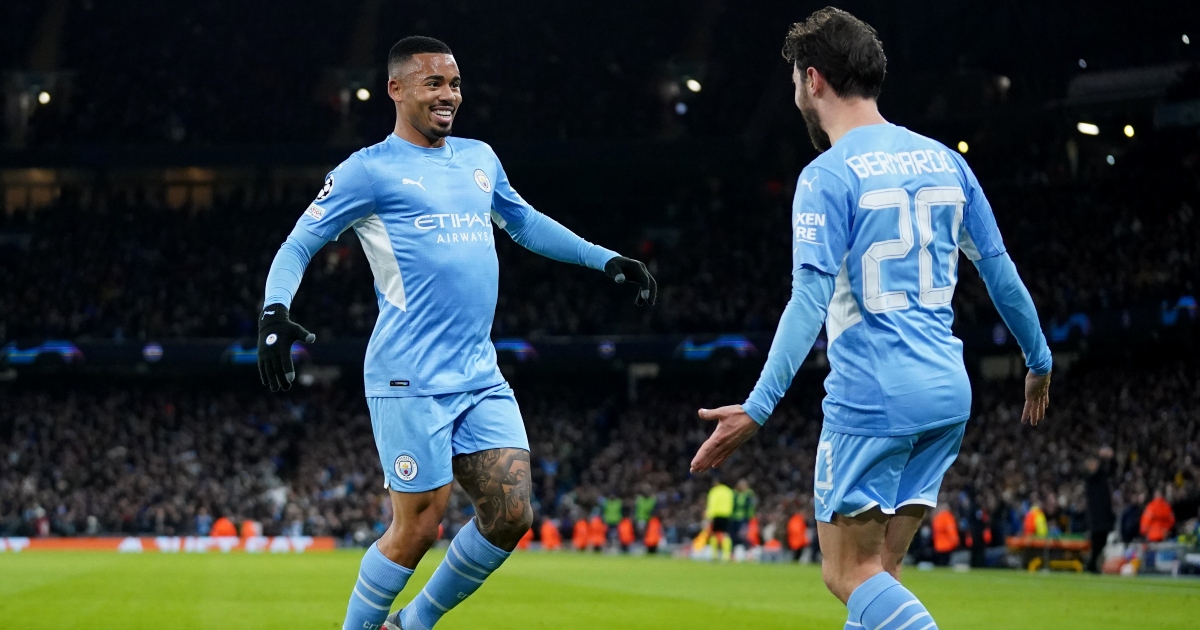 Gabriel Jesus has waxed lyrical about his Manchester City team-mate Bernardo Silva, claiming he is “is one of the best players in the world right now”.

He has been quick to deflect praise onto his Portuguese team-mate, however, who set up the 76th-minute winner.

Bernardo was close to leaving City in the summer transfer window due to a lack of game time, but has been described as “undroppable” by manager Pep Guardiola amidst his excellent start to the season.

Jesus said: “In my opinion Bernardo is one of the best players in the world right now because his quality as a football player is incredible, and he has another thing – that he always works so hard.

“He is a player I love. It doesn’t matter when in the game, he likes to work and have the ball.

Bernardo Silva did not misplace a single pass against PSG:

Including the one for Gabriel Jesus' winner. 🤤 pic.twitter.com/gciVUegeKv

“He doesn’t get the credits because he doesn’t score or make assists a lot, but if you watch him play football you will enjoy it.”

The Premier League champions were excellent against PSG despite going 1-0 down thanks to Kylian Mbappe.

“I enjoyed it,” said Jesus. “As a Manchester City player I want to help all the time, so I can come in and help my team-mates.

“It was a great ball from Bernardo. I had to score because it was a top ball.”

Guardiola described it as “a lovely night” for the Citizens. “It was a good game,” he told BT Sport.

“The danger is always when they have the ball in the final third is terrible. But again we did a good performance like the first game.

“Unfortunately, in the first half the chances we had we could not convert. After their goal we suffer a knock-out five or 10 minutes but after that, yeah.

“We thank our people for coming out and supporting us. It was a lovely night for us.”