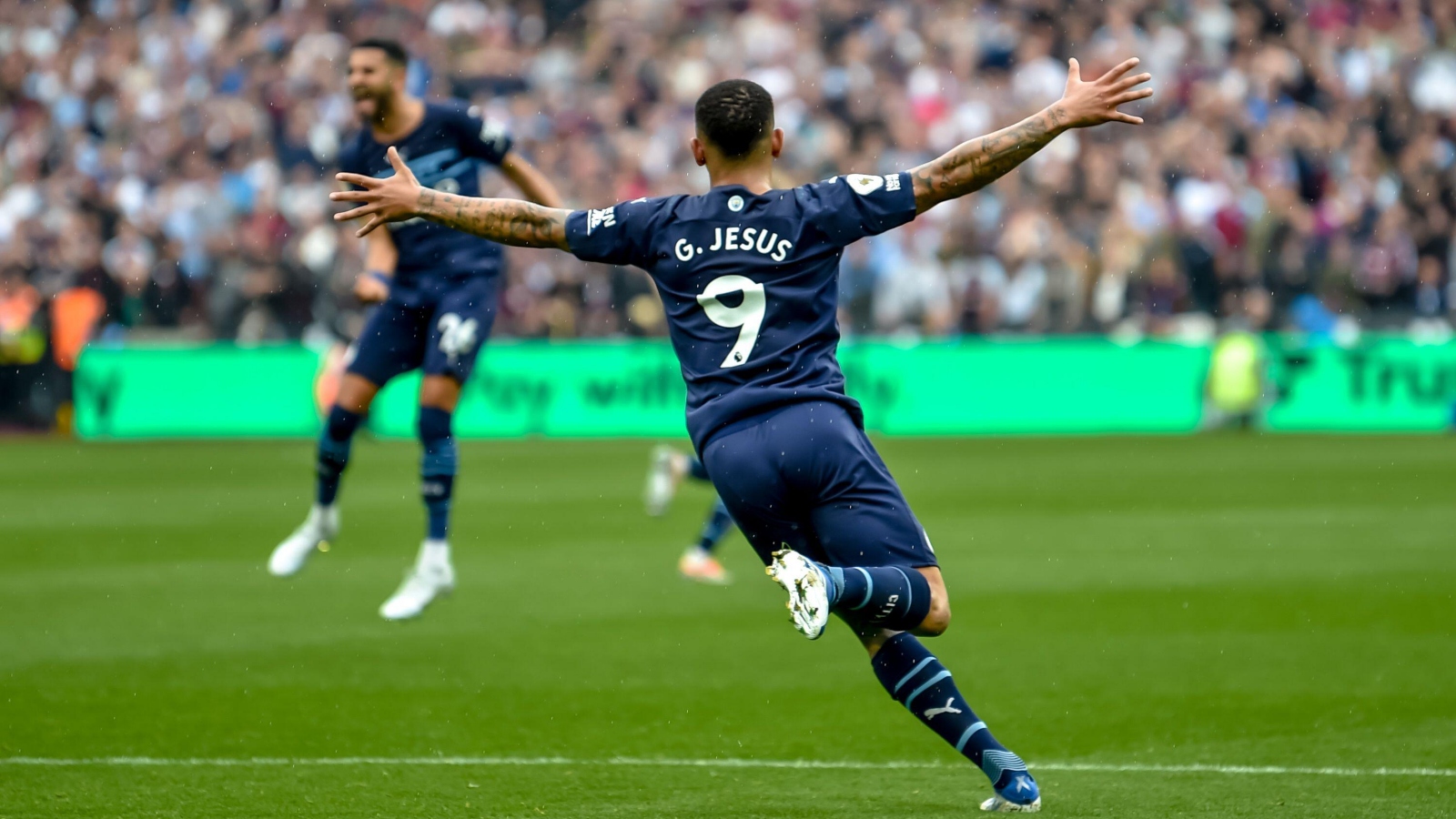 Manchester City forward Gabriel Jesus is in London to undergo his Arsenal medical ahead of his £45m transfer, according to reports.

Gunners manager Mikel Arteta worked with the Brazil international during his time as Pep Guardiola’s assistant in Manchester.

Is Arteta already up against it at Arsenal? Mahrez vs Fabinho, football food and more mails…

Arteta was extremely eager to bring the player to the Emirates after the departures of Pierre-Emerick Aubameyang and Alexandre Lacazette.

At least one new No. 9 was a priority in the summer transfer window, however, Jesus should be the only incoming striker as Eddie Nketiah has extended his contract.

Jesus has agreed a five-year deal with Arsenal and will join for a fee in the region of £45m.

He scored 95 goals in 236 games for Manchester City since joining in January 2017 and has helped the club win four Premier League titles.

Arteta and technical director Edu were ‘key’ in getting a deal done, with the Gunners’ transfer business far from finished after a deal for Jesus becomes official.

The Brazilian forward is in London to complete his medical on Tuesday morning, as per Fabrizio Romano.

Meanwhile, Arsenal have ramped up their interest in Ajax defender Lisandro Martinez by lodging a fresh €40m offer, according to Dutch outlet De Telegraaf.

The Gunners previously offered €25m for the Argentine, but that bid was swiftly rejected by the Eredivisie champions.

Manchester United are also rumoured to be interested in signing the player, with Erik ten Hag a big fan following his time as Ajax manager.

The Dutch club ‘would rather not lose’ Martinez this summer but it is noted that the ‘transfer poker game’ around the player is ‘continuing’.