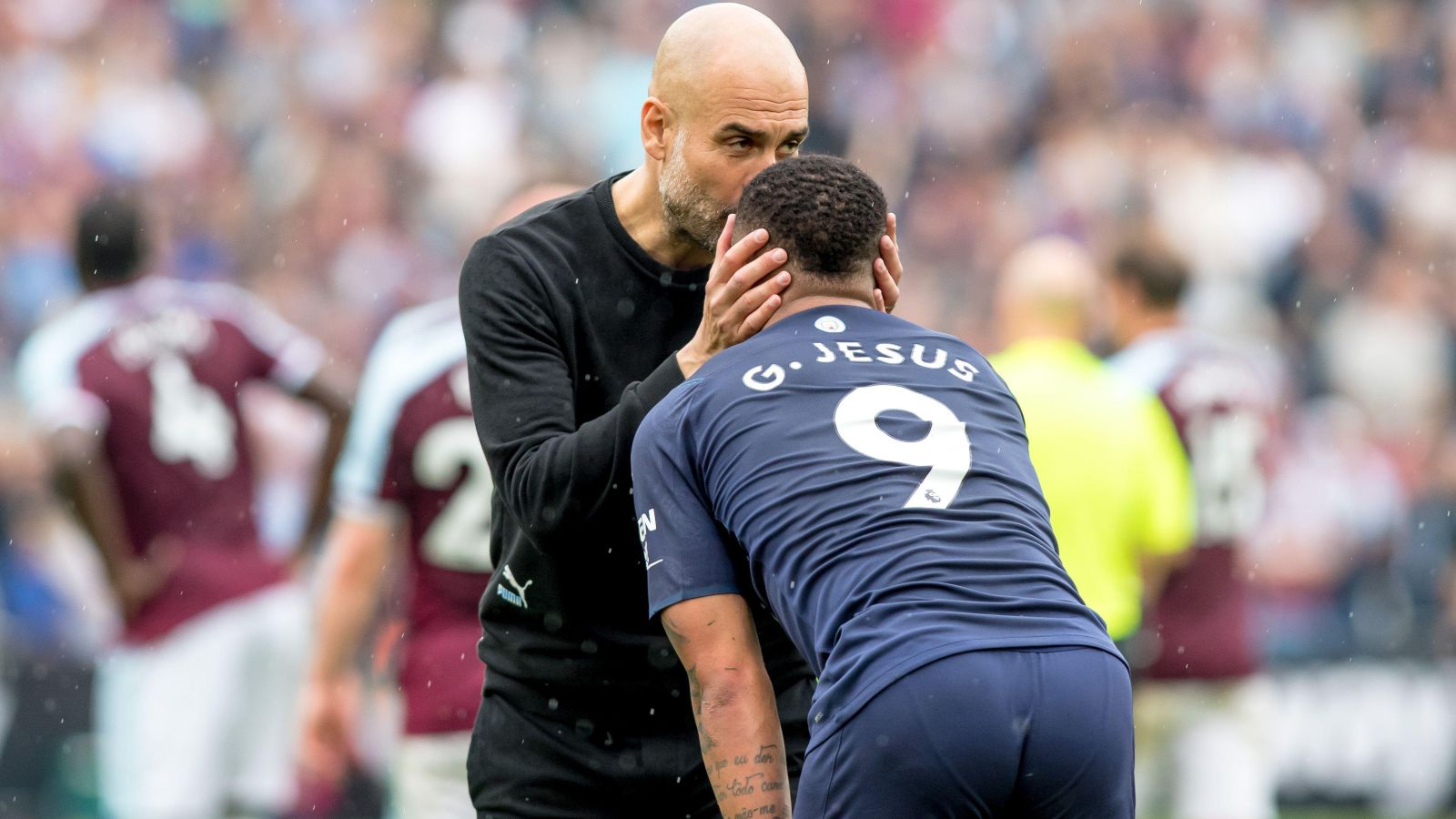 Arsenal forward Gabriel Jesus claims he left Manchester City because he no longer “accepted” the demands placed on him by Pep Guardiola.

The Brazilian swapped the Etihad Stadium for the Emirates Stadium in the summer transfer window with the Gunners paying City £45m for his services.

Jesus was the key target for Arsenal as they looked to bring in a new striker after Alexandre Lacazette departed the club on a free transfer in the summer.

With Erling Haaland arriving at City from Borussia Dortmund in the summer transfer window, Jesus’ time on the pitch was likely to be limited this season.

But Arsenal forward Jesus has revealed that he left Man City because he wanted a different “challenge” away from Guardiola’s methods.

“The thing was the way [Guardiola] understands football and what he wanted,” Jesus told ESPN Brasil. “Then it was up to you to accept it or not. If you don’t accept it, ‘thank you’ and let’s go for another challenge.

“I accepted it for a while, but there came a moment when I said: ‘I want another thing for myself.’ I thanked him, ‘thanks for everything,’ he understood, and we moved on.

“At City, it was different. The striker didn’t touch the ball that much, you see this by watching the games. And, when it was time to touch the ball, it was not the striker, because [Guardiola] ended up putting a midfielder to come closer. OK, fine. So, I decided to change.”

On why he specifically chose to move to Arsenal, Jesus added: “I talked a lot with Arteta about Arsenal’s style. He knows me, I know him, I understood what he wanted from me. Now, I’m free on the pitch, playing football with a smile on my face and trying to do my best all the time.”

Arsenal have made a brilliant start to the new Premier League season with six wins from their first seven matches to sit top of the league ahead of second-placed City.

The Gunners face Tottenham in the north London derby on Saturday afternoon in the Premier League with Jesus hoping for a victory in his first taste of the rivalry.

Jesus continued: “I’ve had some experience of derbies, like when I played for Palmeiras, City and Brazil. So, I know what a derby is, but I never played one Arsenal versus Tottenham here. So, it will be my first and I hopefully to get the win, not only in my first but all the derbies that I will play.”