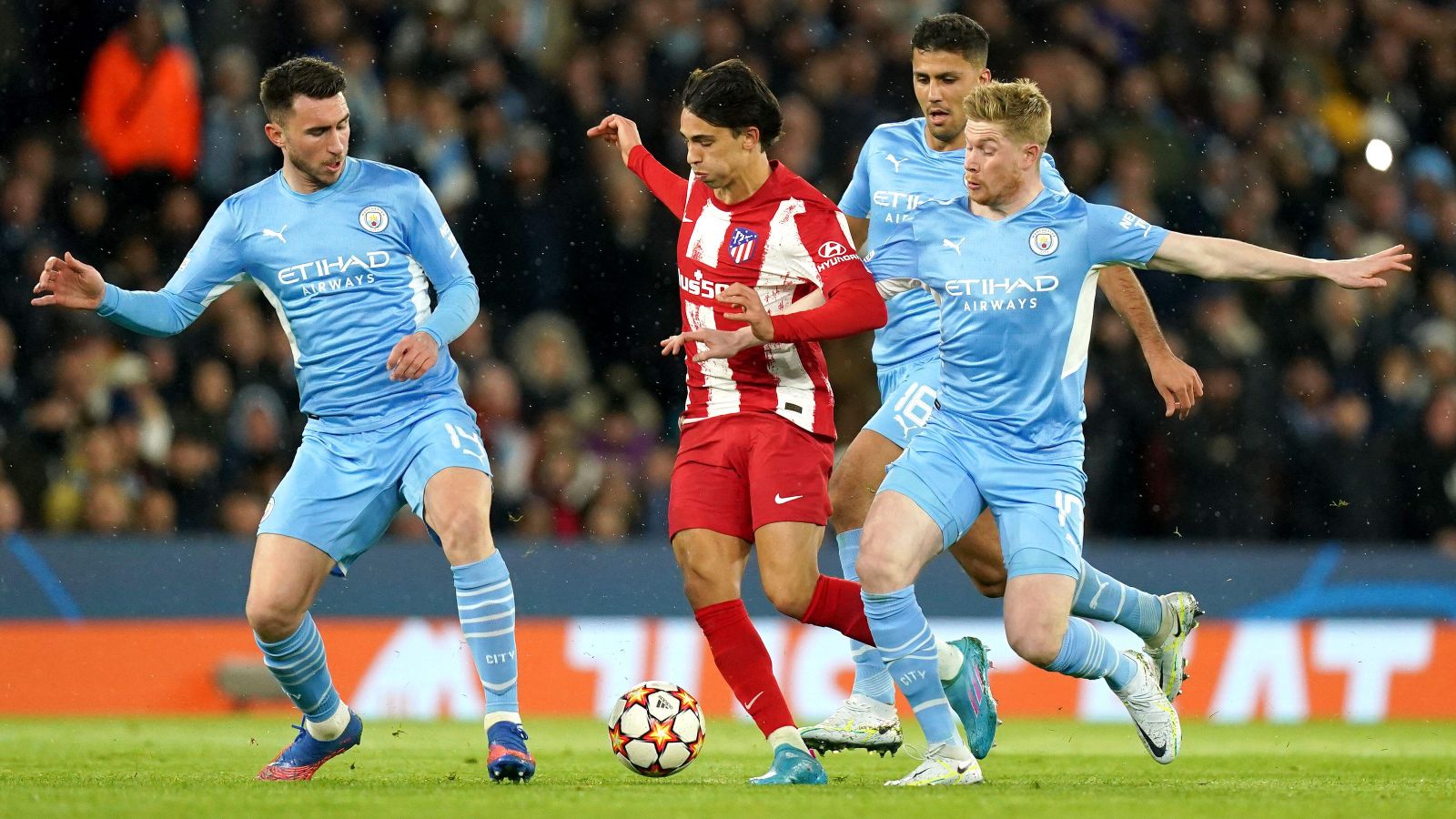 Rio Ferdinand says Diego Simeone is failing to “get the best” out of Joao Felix at Atletico Madrid and Owen Hargreaves believes he’s good enough to play for Liverpool or Manchester City.

Atletico lost their Champions League quarter-final first leg 1-0 against City at the Etihad, with Simeone’s side failing to register a shot in the entire 90 minutes.

£114m Felix impressed but failed to truly affect the game as he consistently picked the ball up in deep positions.

And Ferdinand believes there’s no way Felix can enjoy playing in such a defensive team.

He said: “Imagine if he plays in the team who give him in the ball in the final third.

“He’s getting the ball on the halfway line, it’s the furthest place forward, and he’s still got to run 50, 60 yards and eight players to beat.”

And when asked if Felix would have enjoyed any part of the match, Ferdinand responded: “The final whistle.

“I can’t imagine he sits there and enjoys playing the way he’s asked to play.

“I respect the way Simeone plays because he’s brought success to that club, unrivalled from the times before him.

Felix became the fourth most expensive player of all time when Atletico signed him for £114m from Benfica and has scored 10 goals in all competitions this season, making it his joint-best campaign for the La Liga side in terms of goals.

And Hargreaves insists his skillset could see him playing for the best teams in world football.

“Rodri came here (to City) and played in this defensive Atletico side and now he’s playing in an important team. He (Felix) will get a chance to play in a top team, because he’s that good.”