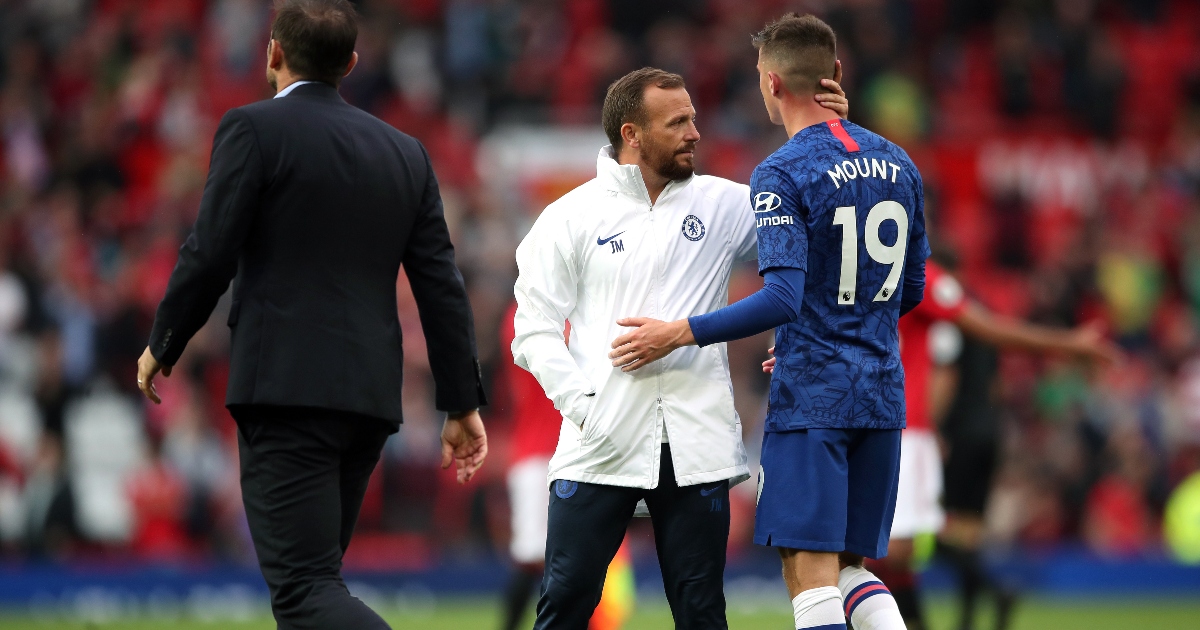 Former Chelsea coach Jody Morris has revealed he used to purposefully pile pressure on Mason Mount in order to strengthen his resolve.

Morris, 42, made 124 appearances as a player for Chelsea, before returning to the club in 2014 as a youth-team coach. It was then that he first crossed paths with Mount, who was coming through the ranks at Chelsea.

When Derby County hired Frank Lampard in 2018, Morris was brought in as an assistant coach, and one of their first signings that summer was the precocious midfielder. Mount would go on to impress for Derby as they reached the play-off final.

However, the 22-year-old only truly began to take his game to stellar heights upon his return to Chelsea, again under the tutelage of Lampard and Morris, who were reunited with him at Stamford Bridge in 2019.

After attracting criticism for his early performances in a Chelsea shirt, Mount has since become a talismanic figure for the Blues, inspiring them to Champions League glory last month.

Morris departed Chelsea in January following Lampard’s sacking, but was as delighted as anybody to see him lift club football’s ultimate prize, having had faith in him from the very beginning.

He told FourFourTwo: “He was so good. I was the first one to make him captain – it was in my first year in the Youth Cup and it was definitely done with the thinking that he wasn’t a natural choice for captain – he wasn’t a shouter – but I definitely wanted to put a bit of pressure on him.

“I remember the first training session that I had with him, sitting down with him and digging him out and having a bit of a go at him in front of everyone. It was almost setting a tone that if I’m going to pick on the best player and dig him out, make sure you all pull your socks up.

“I expected more from him, talking to players and being a leader as well. He had to start adding that to his game.

“I remember pulling him over after the final of the Youth Cup – he was outstanding, I’d played him in a deeper role – and I said to him, ‘That’s exactly why I had a go at you after the first training session when I’d made you captain, you can make other players better on the pitch’. As the tournament went on, he got better and better at that.”