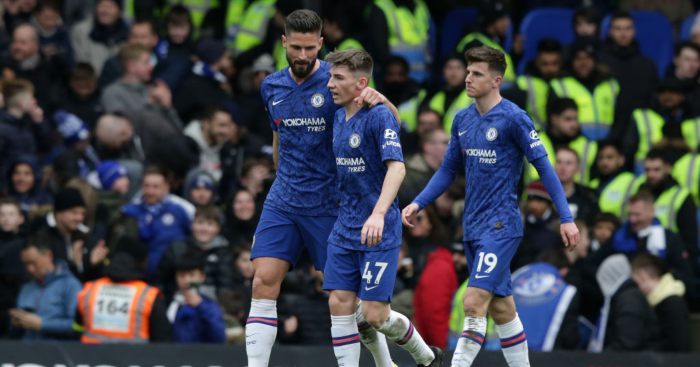 Chelsea youngsters Billy Gilmour, Reece James, Mason Mount and Tammy Abraham would fetch £400m in today’s market if the club decided to sell them, according to Joe Cole.

Their lack of spending over the last couple of transfer windows has seen Frank Lampard have to rely on the club’s talent this season with numerous youngsters given their chance in the team.

And they haven’t let Lampard down, with Chelsea currently occupying a top-four spot in the Premier League, which will be good enough to qualify for the Champions League if they can maintain that position.

OPINION: Football must come out to shun its greatest prejudice

Chelsea have added Hakim Ziyech and Timo Werner to their ranks for next season but it is the progress of the club’s youngsters that means Lampard won’t have to overhaul his squad this summer.

Cole told BT Sport: “[Connection with supporters] was definitely something at the club [that needed addressing].

“Obviously when Roman [Abramovich] was away and we weren’t signing players, I don’t think [Maurizio] Sarri ever really settled in the club.

“But then Frank’s come in, legend of the club, probably the greatest player to play for the club, the fans love him so that galvanises the fans, the ownership love him, he has a good way with the media.

“So straight away the perception of Chelsea as a club has changed and you couple that with bringing in the great young talents, you’re bringing in some of the finest players we’ve seen over the last few years.

“Your Billy Gilmours, your Reece James, Mason Mount, Tammy Abraham – suddenly there’s been about £300m-£400m of talent, if you add up all of what they are going to be worth in a few years.”

Cole added: “We keep saying it week in, week out but everything is moving in the right direction and just the next stage is bringing the right players into that group who can affect it in the right way on the pitch.

“That’s going to be tough because there’s some cracking players at Chelsea. Getting players to come in and be even better is a tall ask.”