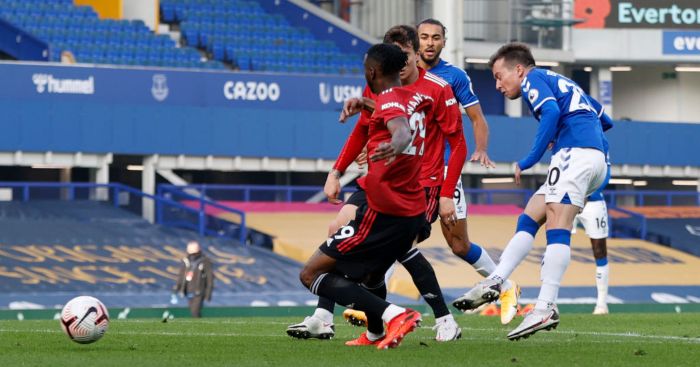 Bruno Fernandes has been the standout performer for Man Utd since his arrival in January and he proved his worth again at Goodison Park with two goals in seven first-half minutes as the visitors had to come from behind yet again.

The win avoided the ignominy of United’s worst start to a league season since 1989-90 and was a welcome boost after defeats to Arsenal and Istanbul Basaksehir in the last seven days as the Portugal international made it 13 goals in 21 Premier League matches.

But it was far from plain sailing with centre-back Lindelof, one of four changes from their embarrassing Champions League defeat, dominated in the air by Dominic Calvert-Lewin, which was how Everton were able to open the scoring through Bernard.

“So many times when you watch him, players run off him. Bernard just picks up a nice position, lovely shuffle of his feet, he cuts inside and it’s a great finish.

“He was excellent in the first half. But from a defensive perspective, if the ball has gone up to Calvert-Lewin and there’s a challenge if you’re the right-back or the other centre-half, you have to be alive and stop it.”