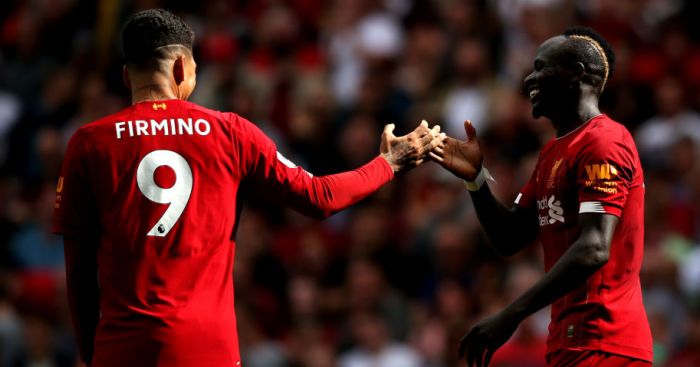 Joe Cole singled out Liverpool forward Roberto Firmino for particular praise following his display in his side’s 3-1 victory over Newcastle on Saturday.

Jurgen Klopp’s side went 1-0 down when Jetro Willems fired home from close range, before Firmino was introduced to replace Divock Origi, who went off with an ankle injury.

The Brazilian was then instrumental in helping side to victory, setting up Sadio Mane for his second strike and assisting Mo Salah’s second-half goal and, speaking to BT Sport after the match, Cole was quick to highlight Firmino‘s performance.

“[Firmino] really is the most important cog in this wheel,” the pundit said. “These fans and this club have seen some fantastic players over the years but he’s doing things now where he’s up there with anyone.

“Fifty goals, the first Brazilian to do that, and what he does, when he brings other players into the game, he’s so unselfish. He’s a great player and was wonderful to watch today.

“Sometimes in your career you find a manager that fits you, knows your his guy and helps you mature as a player. I think Brendan [Rodgers] maybe didn’t see him as that focal point.

“Jurgen, obviously has had more eyes on him because he played in the Bundesliga for so long, but as soon as he opened the door he put his arm round him, getting the best out of him.”

Meanwhile, Newcastle goalscorer Willems also spoke to BT Sport after the match and highlighted one other aspect of Liverpool’s performance that led them to victory.