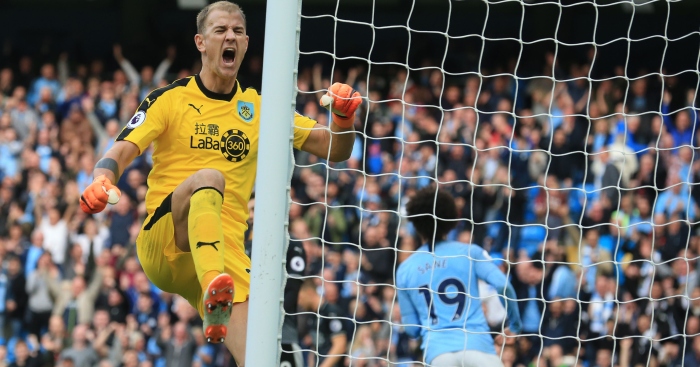 Joe Hart says an apology from the linesman for an error during Burnley’s defeat at Manchester City does not temper his frustration.

The former City keeper endured a difficult return to the Etihad Stadium as champions City powered to a comfortable 5-0 win.

Hart earned a standing ovation and made a series of fine saves on his first return to the club with whom he won two league titles.

But it was hardly enough to stifle rampant City, who eased to another victory with goals from Sergio Aguero, Bernardo Silva, Fernandinho, Riyad Mahrez and Leroy Sane.

Burnley, though, felt aggrieved at a number of key decisions and Hart was left fuming by City’s second goal.

Leroy Sane went down in the area under a challenge by Jack Cork and though referee Jon Moss eventually waved play on, the Burnley defence had stopped, allowing David Silva to retrieve the ball despite it appearing to have gone out of play, and cross for Bernardo Silva to score.

Hart told the BBC: “The linesman apologised for switching off, but that’s huge, it’s hard to take.

“I appreciate the human side but he apologised so he must be pretty clear it went out.

“There is a feeling of frustration in my chest right now. The crowd reaction was nice but I came here as a Burnley player, it was far from a perfect day.”