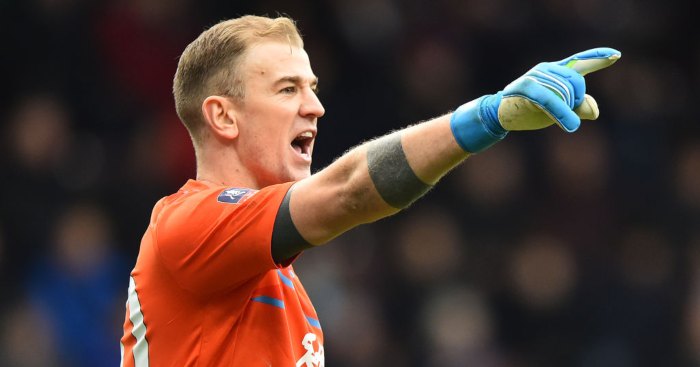 Football is full of unintended consequences.

Most obviously, an understandable desire to rid the sport of dull yet furiously spittle-flecked fallout from obvious officiating errors has led instead to a vast increase in dull yet furiously spittle-flecked fallout from a joy-crushing nerd with a set-square in Stockley Park deciding a toenail or armpit is a millimetre offside.

Or, for instance, there’s the way that the Covid has forced UEFA into a radical format change for the latter stages of the Champions and Europa Leagues which has accidentally turned out to be far better yet far less lucrative and with far more jeopardy for the biggest fish and thus entirely at odds with the established ethos of European competition.

Or there’s the fact that the idea of giving TV viewers greater choice by preventing one broadcaster from having a monopoly has in fact just left TV viewers forking out for more and more subscriptions to watch the same stuff they used to watch with just one.

And there’s also the fact that ‘homegrown’ rules designed to help young players make their way in the game have turned out to mainly be a massive boon for older, fading keepers, allowing them to consistently fail upwards.

There can be few better ways to spend your days on this earth than as third-choice goalkeeper for a ‘big six’ club. Genuinely, what a life. All the trappings of The Footballer Lifestyle at a fraction of the stress. Couple of run-outs in cup games, best seat in the house for the big games, and most of the week spent just playing football with your mates and watching extraordinarily talented players doing their thing. Lovely.

What a time Scott Carson must have had at Manchester City, ditto Rob Green at Chelsea. Green’s in particular is a spectacular Wikipedia career progression: Norwich, West Ham, QPR, Leeds, Huddersfield, CHELSEA.

Two days after full-kit-lifting the Europa League trophy in Baku having failed to so much as make the bench all season, Green promptly retired from playing. Understandable: he had quite simply completed football. There were no worlds left to conquer.

Carson and Green’s mid-30s gap years cosplaying professional footballers happened for simple reasons: you clearly need a third goalkeeper in case something goes awry with one of the other two, but you don’t really want to waste a precious non-homegrown squad place on them if you can possibly avoid it. If there is no youngster at the club ready to make that step up – and even if there is, the decadent, carefree life of a third-choice goalkeeper is such that it is likely to do more harm than good to the genuinely promising player on the way up rather than enjoying himself on the way down – then to the veterans we go.

And so to the next fading gloveman to land the dream gig. Joe Hart’s move to Spurs is one of those that inevitably raises an initial titter given the comedy value inherent in both Hart’s bravado-fuelled reputation for ‘fronting up’ and Spurs’ reputation for, well, being Spurs.

Yet under the rules as they stand it is one that just makes absolutely perfect sense no matter what happens. Hart is, ludicrously, still only 33 years of age. He may never again be the goalkeeper he was but nor is he utterly doomed to the scrapheap. His career highlights may be some way back in the distance now, but he has still achieved more in the game than pretty much the entire Spurs squad barring the man he will now spend his working week with: Hugo Lloris.

The talk of his Mentality and how he is a Winner and how he’s just A Great Guy To Have Around The Place will be wildly oversold, but that doesn’t mean it’s not a factor.

Hart made only three appearances for Burnley last season, and none in the league. But Nick Pope on his return from serious injury also had a season even better than the one two years ago that took him all the way to the World Cup. (And third-choice major tournament goalkeeper is arguably an even greater gig than third-choice big club goalkeeper.)

How much Hart contributed to that we can’t know, but it’s clear that his presence certainly didn’t do Pope any harm.

Hart will inevitably say all the right things about still having something to prove and challenging for the number one spot and all the rest. And if he does manage to prove that his on-field performances for Torino and West Ham and Burnley were just blips and that he can again be a top-class keeper, then Spurs will have had a right result and so will Hart.

But here’s the key: even if he doesn’t, everyone still wins. Football is full of unintended consequences.