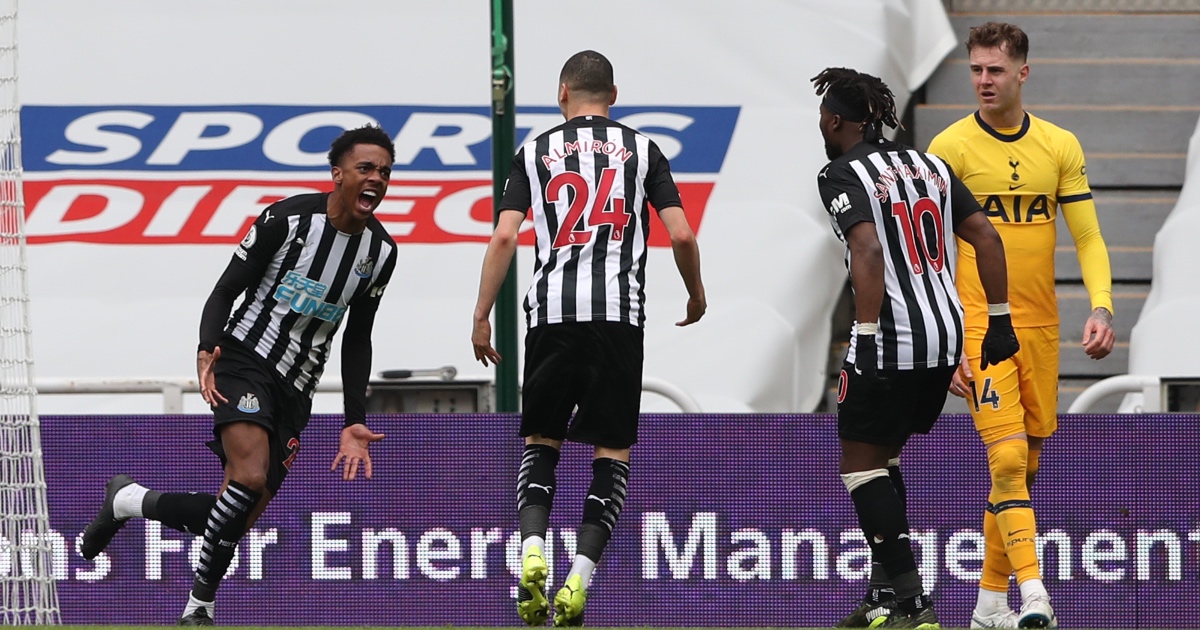 Newcastle loanee Joe Willock says he’s ‘confident’ that the club can avoid relegation from the Premier League this season.

On Sunday, the Englishman scored the equaliser as they gained a point against Jose Mourinho’s Spurs.

The draw kept them in 17th place, three points ahead of relegation rivals Fulham. The Magpies also have a game in hand, and are backed in the sports betting markets to survive by the skin of their teeth.

Newcastle’s survival hopes were boosted by Fulham’s 3-1 defeat to Aston Villa at the weekend.

Aleksandar Mitrovic’s goal was cancelled out by Trezeguet, before the Egyptian added a second and Ollie Watkins made it three late on.

Speaking after the draw with Spurs, Willock said: “We need to win games, we need to win football matches to stay in the league.

“I feel like we can. I’m so confident in the manager and everyone else is as well, so I feel we have enough to do it.

“If we continue to fight like we fought today, I feel like we can stay in this league easily.”

A brace from Tottenham talisman Harry Kane then gave the away side the advantage.

However, they couldn’t hold on as Willock thumped home a close range effort past Hugo Lloris in the 85th minute.

Willock, currently on loan from Arsenal, was asked if the goal against Spurs was made any sweeter because of the rivalry.

He added: “To be honest with you, I’m happy not just because it was against Tottenham, but to come on and make an impact for the boys.

The Magpies now have eight games to secure their top flight survival.

Upcoming fixtures against Burnley and West Ham are likely to be massive if they want to escape the drop.

The final day could be intriguing too, as Newcastle take on Scott Parker’s Fulham.