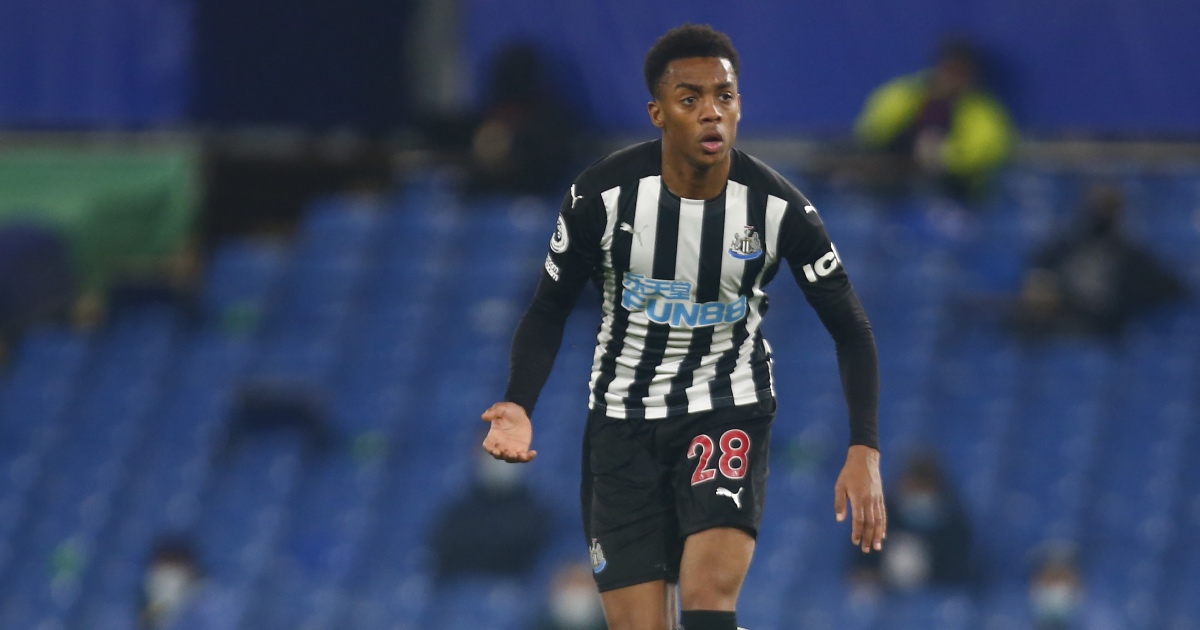 Newcastle loanee Joe Willock has told his team-mates he wishes to stay at St James’ Park permanently, according to reports.

The Englishman is on loan from Arsenal until the end of the season.

OPINION: What are John W Henry and FGS smoking over there at Anfield?

According to Football Insider, Willock has revealed his desire to extend his spell with Newcastle.

He’s spoken to his new team-mates about signing permanently from Arsenal.

One of the main factors in his decision is the amount of game time he is getting under Steve Bruce.

He’s become a vital member of the first-team and is getting regular Premier League action. He doesn’t see an obvious route to the first-team at Arsenal, making a permanent Emirates exit likely.

The report states that Willock has also thoroughly enjoyed his spell at St James’ Park. He opened his Magpies account with a late winner against Southampton in February.

Towards the start of April, he bagged a late equaliser against Spurs as Newcastle secured a 2-2 draw.

Continuing his trend of late goals, Willock scored in the 82nd-minute to give his team all three points against West Ham last time out.

Those three goals have been massive in pushing Newcastle away from the relegation zone.

A win against Liverpool on Saturday could put them on the brink of survival. Willock seems eager to make his loan move permanent, but a deal will depend on Arsenal’s willingness to sell.

Willock is viewed by the Gunners as a good option for the future so he won’t come cheap.

But with Thomas Partey, Granit Xhaka and Mohamed Elneny already available in midfield, manager Mikel Arteta could allow him to leave.

Bruce waxed lyrical about Willock earlier in the season, sparking rumours the Magpies may bid for him this summer.

Bruce said: “He can go box-to-box, he’s a terrific athlete, the kid, a typical modern-day midfield player who has the ability to get up and down the pitch quickly and has that added ability to score a goal.

“I’m delighted because when a new signing walks through the door, we were thinking, ‘do we just put him on the bench this week?’, and then we thought, ‘we’ve brought him here to play, let the kid go and play’.”

Willock is expected to start against Liverpool on Saturday at 12:30.