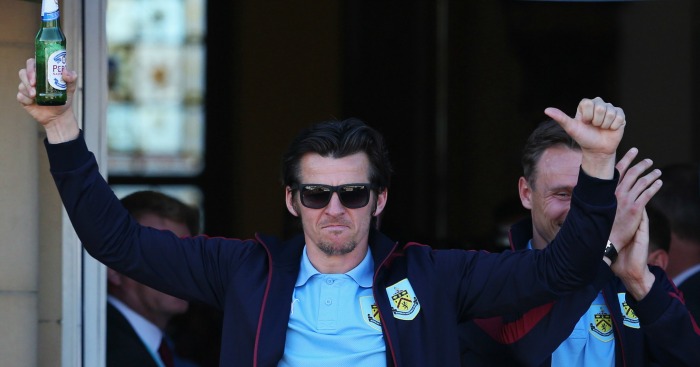 Joey Barton has accepted Fleetwood have taken a gamble by appointing him as their new manager.

Barton, 35, suspended from football for illegal betting in 2017, was introduced to the media for the first time since being appointed as John Sheridan’s successor in April.

“I suppose we can contact some bookmakers to give us a price for what it was for me coming out of a betting ban and into a managerial position,” Barton said.

“It’s one of the weird idiosyncrasies that tends to go on the roller-coaster journey that’s certainly my life and professional life. It’s something I’ve always wanted to do and I’m thankful for the opportunity.

“It’s a fantastic football club, obviously on an upward trajectory and a great place for me to start a coaching journey.”

Barton has worked as a pundit with talkSPORT since serving a five-month ban in 2017 for betting on football matches and described himself as “poacher turned gamekeeper” as he embarks on his new career.

The former Manchester City, Newcastle, QPR and Burnley midfielder said football and the media was “a two-way street” and said he will still be active on social media.

“It’s something you’ve got to get used to as a modern-day player,” he said. “The media is part of the industry we’re in now.

“I think it’s certainly benefited the game. It gives everybody in the game fantastic opportunities.

“In my year out of football, being on the other side, poacher turned gamekeeper, on your side of the fence, I have a deeper understanding of how everything is inter-connected.

“Sometimes as a player, or coach and even as an owner you can feel the media is unfair at times, but after working on the other side you realise there is a job to do.”