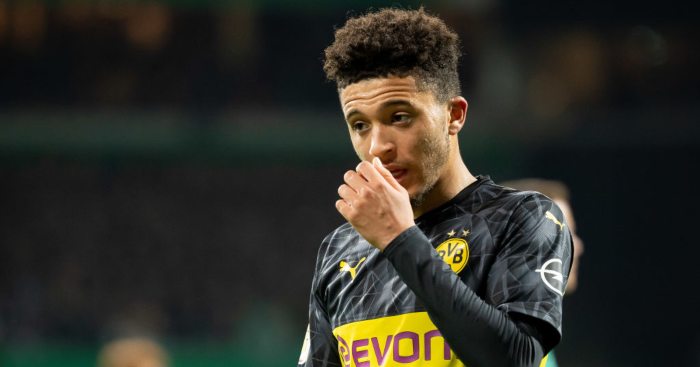 If Jadon Sancho wants to come and sit on the bench every week then he should join Liverpool, according to former midfielder John Barnes.

The Borussia Dortmund winger has been heavily linked with the likes of Liverpool, Chelsea and Manchester United over recent months as he becomes one of the hottest properties in world football.

Sancho‘s form this season has justified the reported interest with 14 goals and 15 assists in 23 Bundesliga appearances, while he has contributed a further two goals and two assists in the Champions League.

However, Barnes has warned him to “develop more” before choosing a move to a higher level.

“But I always tell young players to be careful and play at a high level for four-five years before moving to a bigger club.

“Salah and Mane have been around for four or five seasons now and have shown their quality and experience, whereas Sancho has been around for 18 months and needs to show that consistency over a three-year period before he costs £100 million to a huge club.

“That doesn’t happen in modern football anymore, nowadays, if you are young and have just one good season, someone is going to spend £80 million-plus on you.

“I would advise Jadon Sancho to develop more and show that level of consistency before he is going to be put under a lot of pressure by being a £100 million player playing at one of the biggest clubs in the world.”