Home All The News ‘Werner to join as part of Liverpool squad, not to replace anyone’ 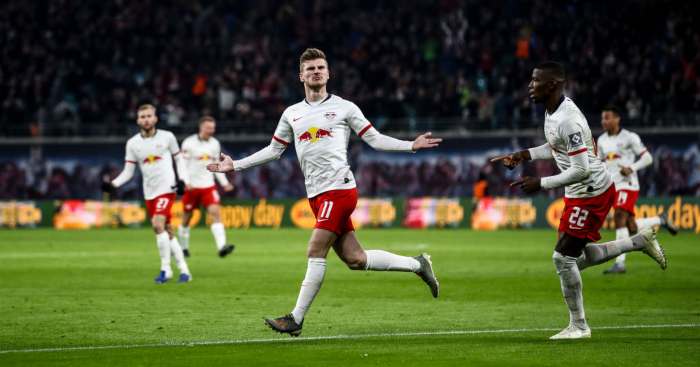 RB Leipzig striker Timo Werner will join Liverpool as a squad player and not to replace the likes of Sadio Mane or Mohamed Salah, according to John Barnes.

The 24-year-old – who has been flirting with a potential transfer to Liverpool – has scored a remarkable 21 Bundesliga goals this season but is reported to have a release clause of just £51m in his contract.

Reports earlier this month claimed that Liverpool were in ‘advanced talks’ with Werner, while they have also reportedly told his representatives that ‘they need more time to decide on whether to make a formal offer for the Germany international’.

There has been speculation that Mane or Salah could be leaving if Werner comes in but Barnes doesn’t think that will happen.

“He’s not going to replace anyone,” Barnes told BonusCodeBets.

“He’s coming to be part of the squad, I don’t think Klopp’s going to drop any of the front three for him.

“Of course, I don’t know if that is what may necessarily happen. If Salah, Mane or Firmino goes, we don’t know, so I don’t think he’s coming in to replace anyone, he’s coming to be part of a squad.”

Barnes added: “Every player, regardless of who you are, can go at any moment.

“I don’t think they’re going to lose any of the front three, but in modern football, you can never tell.

“If you get a chance to get a player who can fit into what you want, you should do it.

“This is also what he’s [Klopp] looking for, players that will come and be happy to be there and not demand to play every week, they’re not superstars like a [Cristiano] Ronaldo or a [Lionel] Messi.”