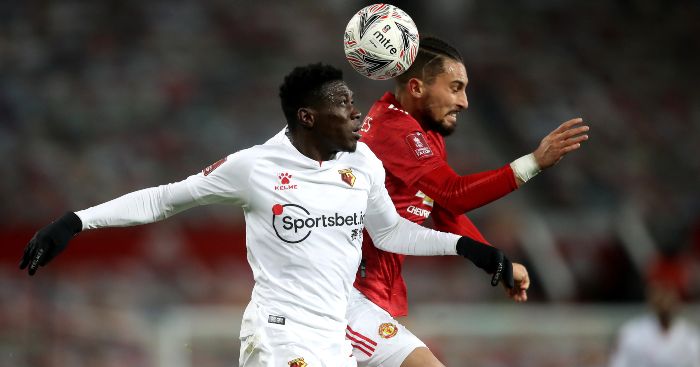 John Barnes has urged Liverpool to make an offer to bring Watford winger Ismaila Sarr to Anfield in the future but wants them to sign a centre-back first.

The Senegal international has contributed four goals and two assists in the Championship for the Hornets this season, with the winger still attracting interest from Premier League clubs.

West Ham have been linked as recently as Sunday, while Liverpool and Manchester United have been credited with interest.

FEATURE: How long since every Premier League club has topped the table

When asked if Liverpool should make a move for Sarr, Barnes replied to BonusCodeBets: “Yes, if he wanted to be one of the front three, but, and I’ve said this before, we need a centre-back.

“Although a great player and looking forward he’d be fantastic player to have as part of the team, it’s not what we need at this very moment in time.

“If they want to sign him as a long-term investment, then I think that’s great. But right now, this very season, we need to strengthen our defence so to find suitable players for this should be the priority.”

On the Premier League title race, Barnes added: “Although this season is much more unpredictable than the previous one, Man City is most definitely Liverpool’s biggest threat.

“At the moment, Man United can go on top of us if they get a point, but I think over the season, and of course we’re not even halfway yet, a lot can happen and I do think it’ll end up being Liverpool and Man City battling it out.

“Liverpool still terrify teams when they pour forward and they very much got that winning mentality in mind.

“And if you go to the bookies, they’re not going to tell you that Man United are favourites. They’re going to say Liverpool and City are still the two favourites and, in my opinion, they very much are.”