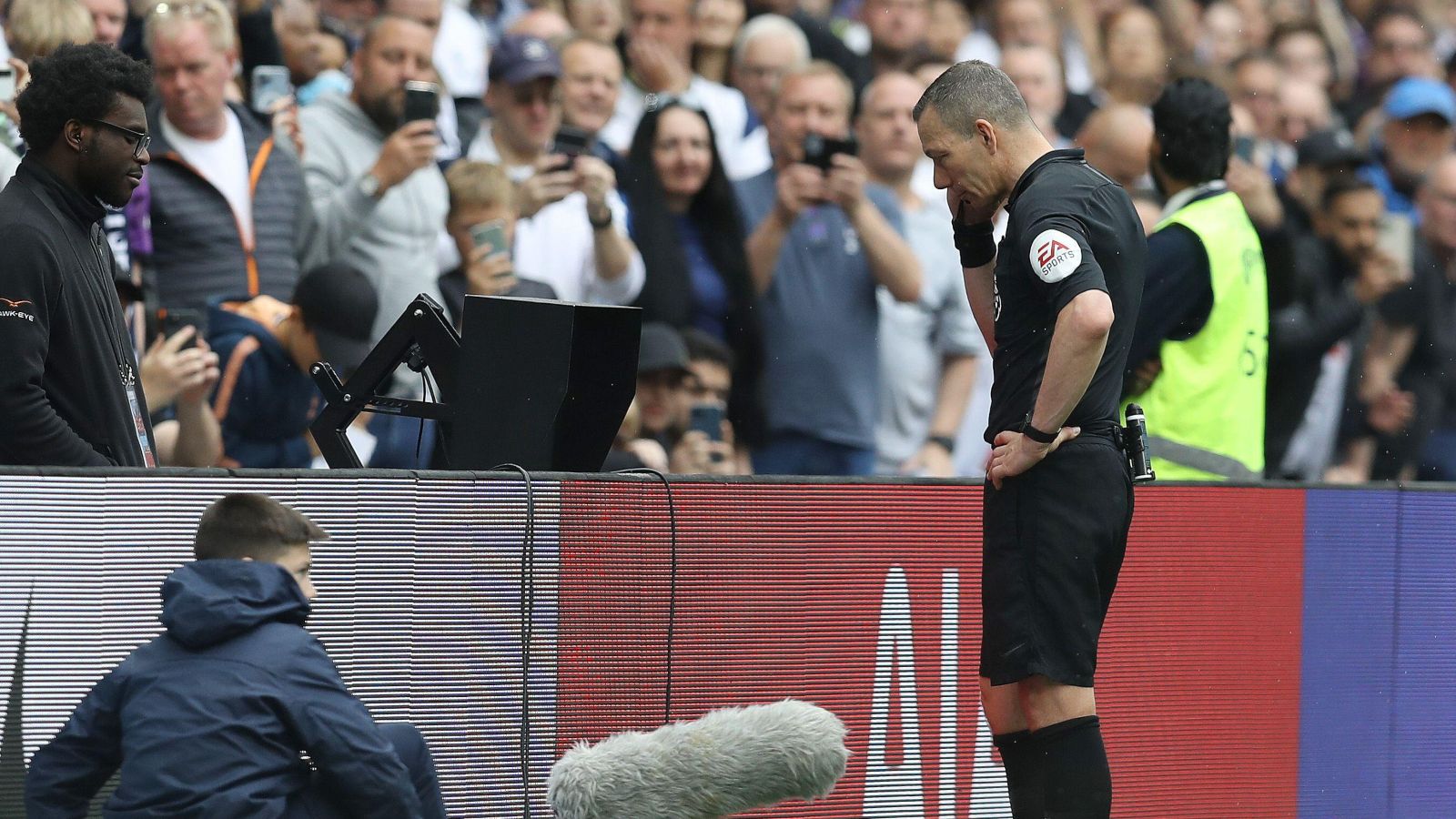 After the frankly moronic handball decision that awarded Spurs a penalty on Sunday, there can be no-one, at least in Burnley, who thinks VAR is improving football. Until VAR, handball was not complicated. If you deliberately handled it in the box, it was a penalty; if it hit your hand and you could do nothing about it, it wasn’t. Easy. There was always a grey area when a subjective decision had to be made about hand-to-ball or ball-to-hand but it’s a game played by humans and open to interpretation and we all accepted that fact. At least no-one was confused. Now, everyone is confused and angry at the sheer injustice of decisions. Ashley Barnes was just the latest victim, penalised for something he had no control over.

The PGMOL have had to change some rules to try and make VAR work rather than just throwing it in a skip and setting fire to it. In doing so they have tied themselves in knots. They have introduced the bizarre concept of arms being in an ‘unnatural position’. This does not stand any scrutiny. First, what the hell is ‘natural’ in the first place? ‘An arm extended away from the body that makes the body bigger,’ apparently. But that’s not unnatural in the slightest, that’s how you keep balanced when you’re running or moving. You want to know what is unnatural? It’s defending with your arms behind your back like someone in the Riverdance line doing an Irish jig. To avoid being penalised for having their arms in an unnatural position, defenders are having to put their arms in an unnatural position. Tell me that isn’t stupid.

If someone boots the ball at your arm or hand from a few feet away and you can do nothing about it, it is fundamentally unfair to the point of stupidity to award a penalty for handball but VAR has made this happen. In a desperate attempt to take away that subjective grey area and make it black and white simply because VAR can’t operate in anything other than a binary way, they’ve made the rules significantly more unfair and unfairness was supposed to be what VAR was designed to remove from the game. In other words it is creating what it was introduced to solve. It has caused rule changes which has led to brutally unfair decisions such as Burnley suffered on Sunday.

The handball rule was designed to stop a player gaining an advantage by handling the ball. At Spurs, Ashley Barnes gained zero advantage by the ball brushing his arm. He was unable to avoid it at close quarters. Why are we penalising players for something they have no agency to avoid? In all of football’s long history, this would have been thought ridiculous but this is the crap position VAR has taken us.

The thought of someone peering at a screen to try and spot if the ball has accidentally brushed an arm is weird and creepy. The rule changes to handball and other laws have been made, not to improve the game, but to justify VAR’s existence. No-one thought the penalty given against Ashley Barnes was a penalty. No player would want it to be. And yet it is.

This is how VAR has undermined football. It has already corrupted the goal-scoring experience completely. We used to just have a quick glance at the lino to see if a flag was up when the ball went in, now we have to wait until play has restarted before we can be sure it is a goal. That can take up to four minutes, players have all celebrated the ‘goal’, the opposition has lined up for the kick-off and everyone is still waiting for the referee to be told what to do. Ditto for all manner of decisions from penalties, to offsides, to red cards. We’ve had bizarre situations where VAR rules out one infringement in favour of another further back in the move, but ignoring yet another infringement a little further back from that. It is senseless.

To add further confusion and frustration, they have introduced the idea that VAR will only intervene if the referee has made a ‘clear and obvious’ mistake, even though many of the decisions they make take so long they cannot possibly be said to be clear or obvious or they wouldn’t take so bloody long.

But we are told the VAR is looking at everything all the time, which means that if they’re only intervening for ‘clear and obvious’ errors, they must be seeing mistakes being made which are errors but not deemed clear and obvious ones, so let them go, which contradicts the reason why VAR was brought in, which was to correct mistakes. No-one understands why a system that was introduced to eradicate mistakes, allows mistakes.

And there’s yet more crap to wade through. How do you measure what is clear and obvious and what isn’t? How do you measure clarity and obviousness? What scale do you judge it against, because the VAR is already making decisions on the things you can’t see with the naked eye, thus they can’t be clear or obvious, because no human could see it in real time.

And yet they make those decisions all the time, especially when it comes to offside. So are they making decisions on the clear and obvious error basis that they claim? We don’t know. Sometimes maybe, sometimes maybe not. Who bloody knows? The irony about the clear and obvious policy is that it is neither clear nor obvious what on earth it even means. When is a mistake not a mistake? Frankly, it’s all bullshit. The excuses proffered for the confusion are mere PR designed to defend the indefensible.

What do we gain and what do we lose by the game’s addiction to this crap system? We gain, if gain is the right word, an occasional correction of a mistake made by the officials, though these are offset by all the mistakes VAR makes, the confusion it injects and by all the unfair rule changes made to accommodate it.

In return we have lost so much. VAR haunts every game and even when it doesn’t come into play, the fear it might, like the wrath of God, is omnipresent. You can never be sure of anything anymore. You hear radio commentators roaring when a goal goes in, contextualising it, getting the co-comm’s view on it, the fans are going wild and the player has got his shirt off in celebration…but hang on…there is that moment, that split second of silence, a pause in the commentary, and you know, you just bloody know, that VAR is ‘taking a look’ the ref is sent to the monitor but he won’t overrule the VAR, he never does, his autonomy has been totally undermined, and the goal is subsequently ruled out. All that emotion has been spent for nothing. It is absolutely bloody horrible for everyone. I’ve heard it audibly drain the energy out of a game. It makes it feel like nothing matters.

The people still pushing it have to answer for all this bullshit. It is no excuse to say it is not being operated properly. The problem isn’t with how it’s being deployed, the problem is innate to the principles of the system. It will never get any better; this is how it will always be.

Surely, the vast majority want to enjoy football without it, yet even so, it is spreading everywhere, like an invasive weed, down the leagues and here in Scotland. We need to get angry at this utter, utter, bullshit again, really f*cking angry. We need to stop these idiots forcing this on us. We need to kick it out of the game. After all, the game runs on our money. It’s our game, not the PGMOL, the Premier League, the Football League or anyone else’s and if we don’t want a dumb, soulless and ridiculously unfair system dictating what happens in games, then we bloody well shouldn’t have to put up with it.