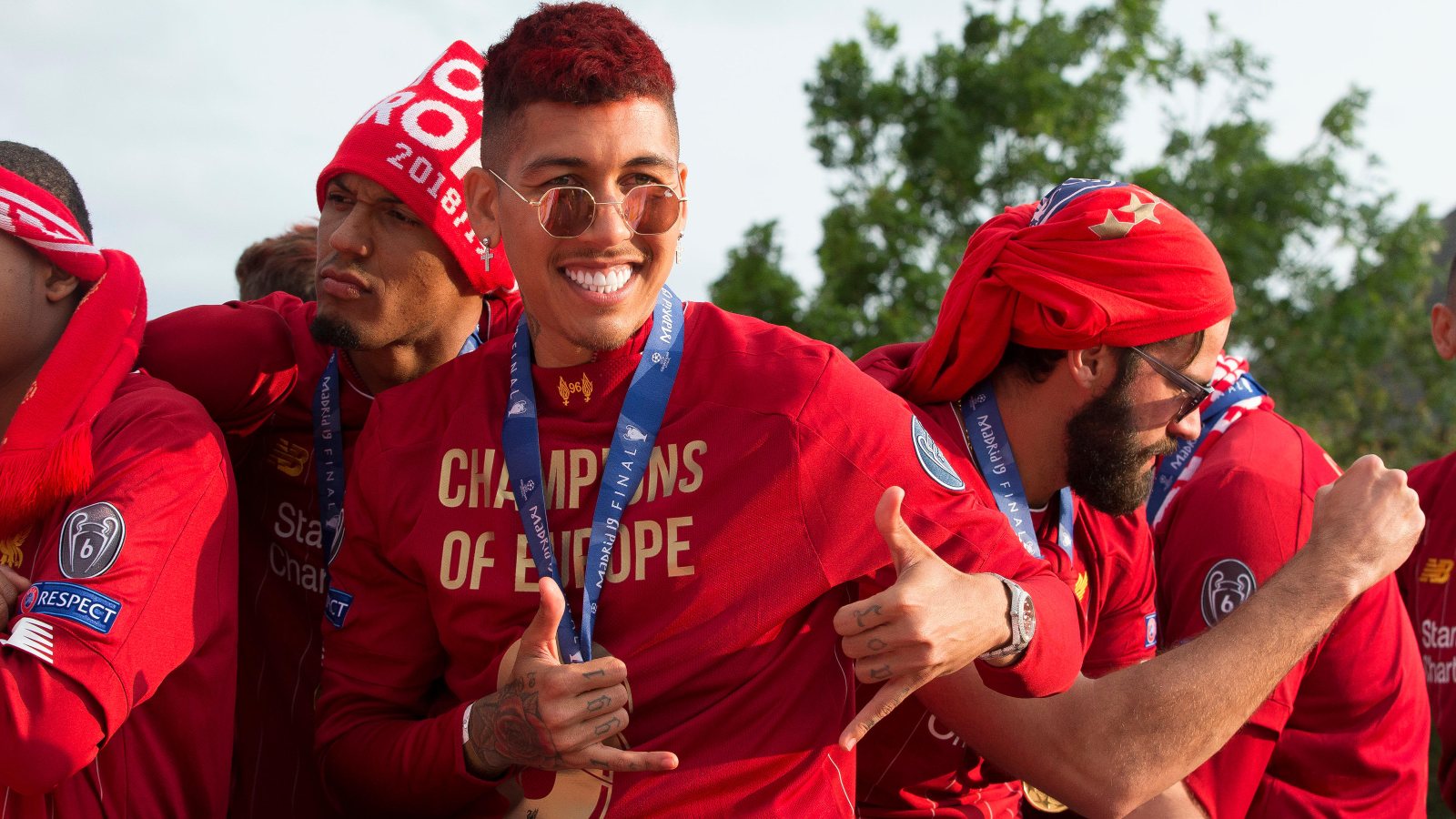 Johnny Nic is enjoying seeing the big, beaming, whiter-than-snow smile back on Roberto Firmino’s face. Liverpool wouldn’t let him leave, would they?

Who’s this then?
Roberto Firmino Barbosa de Oliveira is a 5ft 11in Brazilian striker who plays for Liverpool and scored two goals against Rangers this week.

Born in Maceió, he got his start in youth football at local club, CRB, then playing at Figueirense, making the first team in 2010. He scored eight goals in 38 games, helping the club to promotion back to the top flight, at which point Hoffenheim’s scouts turned up, put £3.6million worth of charcuterie on the table and took him back to Germany.

He played five seasons in Germany, scoring 49 goals in 153 appearances winning Bundesliga Breakthrough of the Season: 2013–14. He played all sorts of positions from progressive midfield, to winger and through the middle. Immediately impressing, Lokomotiv Moscow made a €12million bid for him. But Bobby said: “nah, I’m not going Russian, pal.” In 2014 he made his debut for Brazil and in the summer of 2015, while playing for his country at the Copa América, Liverpool turned up with a big smile on their faces waving £29million quid in his face, said, “come ‘ead, la,” and fired him in a giant catapult to Merseyside.

He landed on July 4, 2015 and has been there ever since, now in his eighth season having racked up 339 appearances and 106 goals, getting into double figures every season bar 2020-21. In 2017-18 he was super prolific netting 27 times in 54 games. He has been axiomatic to the Reds’ success in recent years and at his peak worked like a cog in a well-oiled machine as the team swept all before them.

For his country, he’s played 55 times and scored 17 goals. Will he be part of the highly regarded Brazil team at the Evil World Cup this winter? We’ll have to wait and see. They are hardly short of talent.

Why the love?
First, he looks so happy when he scores. A massive pearly grin on his face. And fans love that. We don’t need another too-cool-for-school, sour-faced, I-told-you-I’m-great poseur looking like thunder when he scores. Such things do matter and Firmino’s joy only mirrors his supporters’.

Bobby isn’t a normal footballer. You can’t pigeonhole him as a specific type of player who plays in just one position. However, one thing he brings, to wherever he plays, is supreme intelligence. He’s a creator, he’s a goal scorer, he’s the player who plays the pass to the man who makes the assist for the goal.

As part of the classic trio with Mo Salah and Sadio Mane, he was part of an unstoppable force and one of the most exciting forward lines we have seen in the modern era in English football.

Jurgen Klopp has described him as the engine of the team, relentless in his ability to press the ball and close down opponents and such is crucial to how Klopp transformed how Liverpool play and crucial to all the success that has brought.

His ‘no look’ goals are legendary. This season, he’s scored eight times in 12 games already and made four assists, despite not always starting games. Against Rangers, he gave an absolute masterclass in Bobby-ing. He’s everywhere; through the middle, out wide, scoring a neat header, scoring a classic centre-forward’s goal, bursting from midfield, laying it off left and right, crossing from the right for the centre-forward to score, and setting up a goal with a delicious crossed-legged back-of-the-heel pass.

This skill level isn’t unusual for him but it is very striking. For anyone who thought that his talent had evaporated, this was a wake-up call. His career has been defined by such clever interplay and very quick thinking. While his form may have slipped in the last couple of seasons, that could easily just have been a temporary dip. Put it this way, where would Liverpool be without his eight goals and four assists this season?

However, precisely because he doesn’t have a set-in-stone position, I think he’s often hugely underrated. While playing mainly on the right of the front three in the past, that is not the only place where he can excel.

Those 106 goals for Liverpool in 339 appearances, when you’re playing in a team that can score from all directions, is a more than decent return. The danger of judging someone by their stats is there’s a tendency for goals to be overweighted in importance, but it is the overall contribution that is vital.

This season, he just makes the whole team function better and his individual skill can open up space with close skill and expansive vision, that is currently a little beyond some others. When you’ve got a central striker like Darwin Nunez you absolutely need someone out wide who can swing the ball in for him. Bobby can do that. He’s surely got more stories to make yet.

Three great moments
Some of his classic ‘no look’ goals…

His highlights against Rangers well illustrate that this is no regular no.9…

Future days?
His current £180,000-per-week contract means he’s earned over £61million playing for Liverpool and it all ends in the summer of 2023. The fact he’s not already signed a new contract must reflect some doubt from Liverpool about signing him up again. In recent seasons there has been a sense that his legs are going and the fact he hasn’t got into double figures for goals in the Premier League since 2018-19 added to that.

However, at 31, which isn’t old by any stretch, he is surely worth a one-year rolling contract. Yes, Liverpool’s squad is looking quite old in the round and it needs more youth injected into it, but that’s no reason to cast aside a player who has 113 career assists. Where else are you going to get that level of assists from?

He’s not had any season-long injuries and has never made less than 35 appearances in any season. His renaissance this season, with six goals in seven Premier League games must make some sort of extension more likely. After all, who can you get to replace Bobby? He’s like two or three players all rolled into one. And who could replace that big beaming smile?