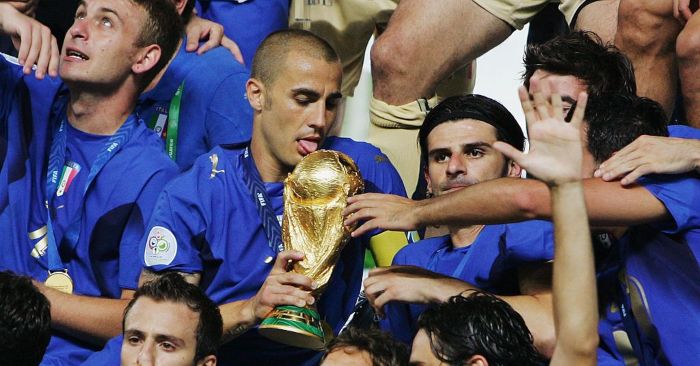 To read and listen to much of football’s media in the last week, you’d think the lack of live football was some sort of severe trauma or pain to be endured with stoicism.

I’m not sure that the right tone has been struck. It’s not that bad, is it?

Life is not worse for lack of live football, just different. Obviously, if it is your job to report, write or broadcast about it, you’re missing some fresh subject matter, but that aside, the last week passed by painlessly enough, not least because there is no need to do without football at all. It is still everywhere, all the time.

I have to confess to having read far too many occasionally overwrought ‘relax, it’s OK to miss football’ type of pieces in the last week, but no ‘it’s OK not to miss live football that much’ missives. Maybe no-one wants to admit doing without live football is easy, for fear of looking not serious about the game. If you care about football, the absence of it should hurt, surely?

However, there is so much about football in 2020 that aggravates which we don’t have to tolerate during this downtime, so I’m not sure.

If you’ve found life easy enough without it so far, it doesn’t somehow make you a traitor to the cause. It doesn’t make you any less of an acolyte of the game, or less of a fan. It just makes you a normal member of society. The truth is, most people are not missing watching live football because the vast majority of people don’t watch live football. I know, it’s hard to believe; but it’s true.

And given the huge amount of football media available to us, we are not doing without football at all anyway, only new ‘real’ football (there are plenty of online tournaments, games and competitions to divert you – I highly recommend Max and Barry on talkSPORT playing ‘roll your own football’).

I don’t want to minimise the loss. The thrill of live sport and its unpredictable unknowns drive us to return to it. But its loss is minimised by being able to watch so much archive material. It is hardly the greatest hardship. Not even in these Lord of the Flies days when rolls of toilet paper are being treated like the conch shell. If I’ve got an empty football belly to fill, I would far rather watch the Maradona film than 90 minutes of Spurs playing pretty much anyone. It’d be nice to be able to do both, but it isn’t possible and I can’t say it’s left as big a gap in life as I thought it might, at least not yet.

Of course, going to a game is a far bigger, more comprehensive physical and emotional experience than turning on a TV or laptop, so not being able to do it impacts more greatly because of that. And I understand how important football is to society on so many levels. But we’ll survive without the live game and will likely emerge from the abstinence with a more healthy perspective on it and its true importance in the scheme of things.

There is still a huge amount of football media to consume instead and, to be honest, it is far more enjoyable than most games you might normally waste your time in front of. It does lack the surprise element of live sport, but in so many other ways it is more entertaining, educating, enthralling and satisfying. There are no terrible games to sit through, only absolute classics. There’s no hit or miss, you pick that which you know you will love, be it old games, clips, documentaries or episodes of Saint & Greavsie.

In appreciating football of the past, the tribalistic social media garbage is entirely absent, along with all the darkness surrounding club owners, finances, agents and gross inequalities of wealth that go hand-in-hand with clubs in the top couple of levels in 2020. It’s a great feeling to be without that.

The dense fog of whataboutery and name-calling which forms so much of the modern game’s atmosphere simply evaporates in the heat of nostalgia’s endless summer. Casting off the heavy cloak of negativity that comes as part of the game is a blessed relief, frankly.

Along with losing the things we love about live football – which are many – we’ve also lost all the things that bore, frustrate, upset and annoy us. And life is better for that. So it’s swings and roundabouts.

Whether you’ve been watching old World Cup tournaments, revisiting Fabio Cannavaro’s best moments, marvelling at Malcolm MacDonald’s goals for Newcastle United, watching Ronaldo playing for Barcelona, listening to discussions about Champions League finals, reading MBM reports of the 1970 FA Cup Final, or indeed whatever else tickles your football fancy, it is likely more enthralling than what would’ve been broadcast and which would’ve filled those hours had we not been on lockdown.

I would far rather listen to Gary, Alan and Wrighty on the MOTD podcast talking about their lists of top 10 captains than watch them dissect Burnley’s latest 1-1 draw with Palace. And not just a little bit more, a lot more. It is simply more entertaining and it’s more entertaining because – whisper it quietly – quite a lot of football is quite dull for many of its 90 minutes.

Football has such a wide and deep history. There is so much to mull over, analyse and laugh about down the years. So many great players, great goals, great games and great commentaries, and now we have time to wallow in them all to our hearts’ content. We can, in the modern parlance, curate our own football TV and radio station. No longer does the dull and mediocre have to preoccupy us. In so many ways, we have been freed.

We’re in this for the long haul, and how we feel now may not be how we feel in three or six months, at which point we may have consumed as much old football as we can stuff into our synapses and be hungry for some new input. And I already know now that at some point I will just be aching to stand pitchside on a muddy field, or on a crumbling concrete terrace, or sit on a cold, pile-inducing red plastic seat, with sleet coming in off a bitter easterly to watch two teams kick lumps out of each other.

But it’s worth focusing on the positives for as long as possible and right now, perhaps surprisingly, the positives of the live football ban balance out against the negatives.